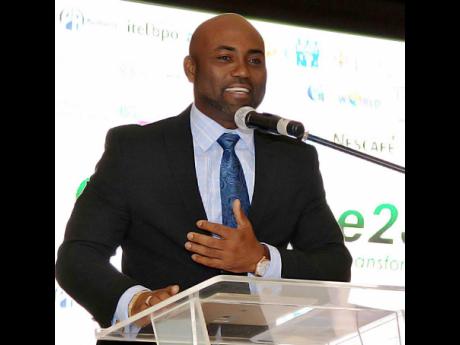 Minister of Science, Technology, Energy and Mining Andrew Wheatley has announced plans to establish an academy in Jamaica to address the country's defence against cyber criminals.

Wheatley reported that the country suffered heavy losses in 2016 amounting to US$100 million (J$12.6b) owing to the actions of cyber criminals.

In his contribution to the Sectoral Debate in Parliament yesterday, Wheatley said that one of the challenges faced by Jamaica in its fight against cyber crimes was the ability to find and retain expertise in the field.

"For our country to be equipped to deal with the threats associated with increased use of technology and the enablement of a truly digital society, we must have qualified experts to protect our public- and private-sector assets," Wheatley declared.

In this regard, he said he would be asking his Cabinet colleagues, next week, to approve a memorandum of understanding between the Government and Israel Aerospace Industries, which would facilitate the creation of the region's first cyber academy.

(EDITOR'S NOTE: An earlier version of this article incorrectly converted US$100 million to J$1.26 billion)