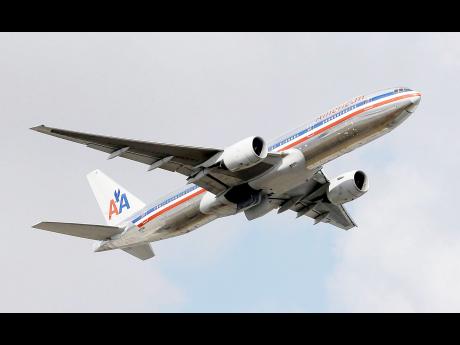 An American Airlines plane had to make an emergency landing at the Norman Manley International Airport (NMIA) yesterday after smoke was observed coming from inside the aircraft.

Reports are that the flight travelling from Miami to Colombia called the airport in Kingston at 12:04 p.m. asking for a diversion to land in Jamaica. The aircraft subsequently called back at 12:14 for an emergency landing. Permission was given, and the plane landed safely at 12:31 p.m.

An investigation was conducted on the aircraft by the airport's fire-protection unit. The passengers were removed from the plane after it was considered safe to do so. No injuries were reported.

Audley Deidrick, president and CEO of the Airports Authority of Jamaica and NMIA Airports Limited, said that the passengers would remain at the airport as American Airlines would be sending another aircraft to collect the passengers. Arrangements would then be made for the aircraft on the ground to be checked prior to its departure.

Deidrick said that there was no need to panic as all systems were in place to offer whatever assistance was needed.

"This is a case where you are being called ahead of time to say they are having problems and for us to be on standby. So we would have been ready prior to their arrival. Our trucks were on standby. All units and all emergency response stakeholders would have been advised," Deidrick told The Gleaner.