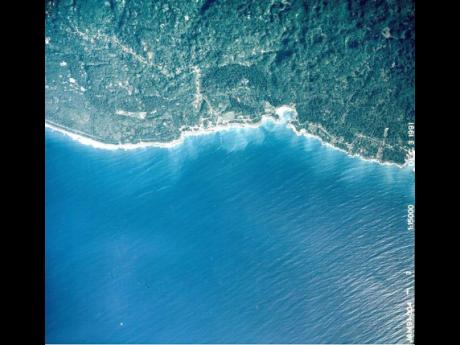 The dispute over an 867-acres property in Little Bay, Westmoreland, is again heating up, with fears that it could become violent.

Lawyers representing the owners of the property are again trying to evict persons who have been living there for years. With tensions rising in the area, the owners are also seeking to sell the property, which has an area of prime beachfront.

Attorney-at-law Alimi Banjoko, who represents the owners, Kathleen Eugster and family, says that despite a court ruling against the squatters, they were offered a section of the property, which they have rejected.

"They claim to have been living there for between 20 to 30 years and that that gives them rights to the property. And they have politicians backing them in their quest to steal the Eugsters' land," Banjoko told The Gleaner.

According to Banjoko, the Eugsters have a development plan for the area, and two years ago, writs of possession were sought and obtained from the courts.

"In 2003, they (the squatters) filed claims on the land. The matter was heard in 2011, eight years later, and their claim was rejected following the judgment of Justice Ingrid Mangatal," noted Banjoko.

He pointed out that a stay of execution of Mangatal's order was filed by attorneys representing the squatters in March 2011, but this was rejected by the courts.

In March, the owners reportedly spent millions of dollars to retain the services of a bailiff, several workmen, rented tractors, and trucks to carry out eviction of the squatters and execute the writs of possession, but this was stalled after lawyers representing the squatters returned to court to apply for an interim stay of execution.

Lawyers representing the owners have since filed a counter motion, arguing that the judge had no jurisdiction to stop the eviction. That matter is set to he heard on June 1.

Banjoko says that the Government has made an offer to purchase three sections of the property to regularise 72 of the squatters, but that offer has been rejected.

According to Banjoko, his client countered with an offer to sell the State the entire property for US$60 million but was told that the offer could not be accommodated.

"Because of what happened to her husband (who was murdered), my client just wants to get rid of the land, but she is not about to give it away," said Banjoko.

Save us, ‘Uncle Sam’! - Westmoreland squatters want Karl Samuda to do for them what he did for Red Hills Road squatters
Bloody past, uncertain future - Little Bay residents fear the worst as they face eviction
Flashback: 2011 court ruling on Little Bay land controversy
McNeill urges more discussions on Little Bay squatters