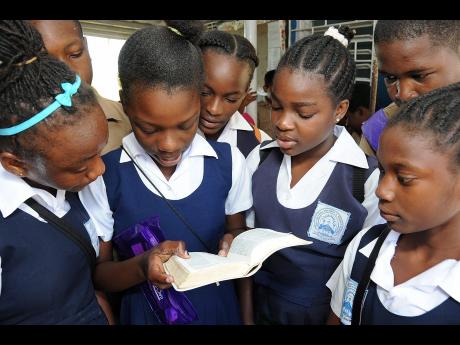 Ian Allen
Students from the Bowden Hill Primary School in St Andrew, read the Bible during devotion before the sitting of the Grade Six Achievement Test last year. 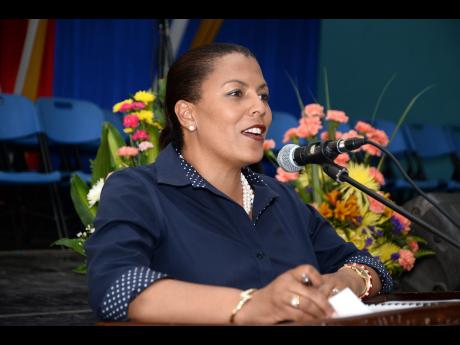 Concerns are being raised about the current format of devotions in schools. The most recent concerns were expressed in a letter to The Gleaner, which claimed that students who were not interested in participating in devotions were not being accommodated.

"I recently visited a prominent high school in St Andrew to meet a parent. Devotion was in progress, and I noticed a group of students loitering in the car park. When I enquired of them why they were not in devotion, a few of them answered that they were of a different religion than that of the school's," the letter said.

"Others claimed that it was a boring and uncomfortable exercise. They said that oftentimes, the person officiating went on well beyond his/her allotted time. And during all of this time, they had to stand in the broiling morning sun. This then got me thinking whether devotions, in their present form, should not be discontinued in schools," the letter continued.

Commenting on the issue, Nadine Molloy, principal of Ardenne High School in St Andrew, made it clear that while students were not forced to take part, devotions were held with a Christian approach.

"For a long time we have not had any student who does not want to participate in devotion," she told The Gleaner. "A long time ago, a parent had written to me and what I said was, 'You know that Ardenne is operated by the Church of God in Jamaica, you know that there is going to be devotion, why opt to send your child to Ardenne when you know what is going to take place at Ardenne?' I didn't hear back from the person," said Molloy.

Everton Walters, principal of Edwin Allen High School in Clarendon, expressed similar sentiments. "We are aware that you will find students who are of a different religious background and we will have to treat with that accordingly," he said.

"No one is forced to participate if it violates their religious beliefs, but in order for discipline to be maintained, they [are required to] come and stand there. We can't have a situation where students are seen all over the place because they are from a different religious background.

"We have Rastafarians who attend school and they are not victimised or penalised in any way. We have not had any major issues, however, because most of the students who attend our school are from a Christian background, " Walters continued.

Education Minister Ruel Reid, in his response, pointed out that the education system in Jamaica was started by the churches and 30 per cent of our schools today are church-operated schools.

"The Education Act also requires that the minister provide overall spiritual guidance for the education system. It also provides for students who are non-Christians to be excused from general devotion if they are of other religious faith and do not wish to participate, but schools provide supervised alternate activity," Reid stated.

"Apart from church schools, we expect, however, that devotion would be ecumenical and inclusive and sensitive in time and structure. The ministry cannot, however, micro manage every activity in a school and expects the school authority to manage this activity within the Education Act."