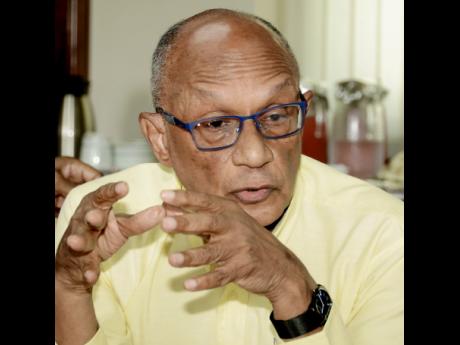 The anti-corruption lobby group National Integrity Action (NIA) has reported that more than 80 cases of complaints against alleged corruption have come to its offices since the start of the year, which, it notes, is contrary to the popular belief that Jamaicans do not report corruption.

In a recent interview with The Gleaner, NIA's attorney-at-law Lisanne Hamilton said that on a weekly basis, the NIA received numerous calls from persons wanting to report some form of corruption.

We get most of our complaints by telephone. People say nobody reports corruption in Jamaica, but that's not true," said Hamilton.

She said that land, civil matters, tax evasion, as well as bribery against private individuals, government and private entities, were among the issues for which citizens come to their offices. She said that since 2011, they have had received more than 517 reported cases of corruption.

Executive director of NIA, Trevor Munroe, told The Gleaner yesterday that it was very important for citizens to continue being the eyes and the ears of the anti-corruption movement.

"It's important for each of us to report corruption, otherwise corruption will not only remain, but get worse, and we the people will remain the sufferers," argued Munroe.

"For example, if an officer at our port of entry, turns a blind eye to illegal guns coming into the country, then the main victims of that would be us. There can't be enough police to see everything that's going on in every nook and cranny of Jamaica; it's the people who see what's going on," he said .

NIA said that persons should feel confident coming forward to report corruption to them, as they offer confidential and free legal advice and assistance. NIA, through its advocacy and legal advice centre, provides legal assistance to persons who have been witnesses of corruption, victims of corruption, or, generally, have suffered some form of injustice.