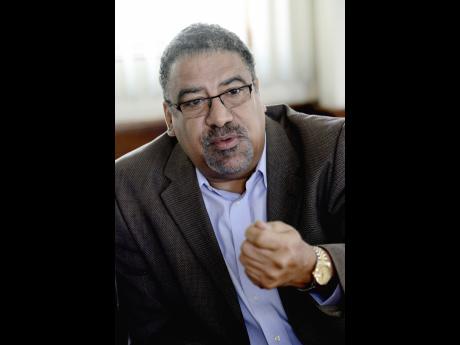 A comment about the hiring procedures and the recruitment of a slew of Generation 2000 (G2K) members at the Tourism Product Development Company Limited, which was directed to Permanent Secretary in the Ministry of Tourism Jennifer Griffiths, yesterday exploded into a shouting match between members of the political divide in Gordon House.

Chairman of the Public Administration and Appropriations Committee Wykeham McNeill, who made the remark, came under fire from government members who accused him of playing politics.

"Permanent Secretary, when I was at the Ministry of Tourism, you were very strict in how procedures went, generally, including hiring procedures at the ministry, and what is happening is that we are seeing things like these which, in a sense, take on a political connotation," said McNeill.

He questioned whether the permanent secretary had changed her approach to recruiting persons to the ministry. According to McNeill, the ministry hired several persons who had occupied positions in the Jamaica Labour Party's G2K. He listed the president of the G2K, Stephen Edwards; Tova Hamilton, who is the legal adviser on gender affairs; Daryl White-Wong; Lionel Myrie; and Dr Carey Wallace and Delano Seivright, former candidates.

Responding, McNeill charged: "The extent to which there is infiltration of the civil service by the political directorate brings into question the judgement of the projects that are selected."

However, Holness appeared to have had enough. "This discussion should end right here now [Mr Chairman]. I think we should put it to a vote. We have gone off tangent.

"Since our mics are turned off, we will use the mics of the members on the other side of the floor," Holness asserted after her mic went dead. Opposition members quickly denied having any control over the mics.

Committee member Marisa Dalrymple Phillibert cautioned that the chairman should guard against introducing "politics" into the committee's deliberations.

A strident Fitz Jackson blasted government MPs for attempting to shut down an enquiry into government activities.

Jackson said that in his 24 years in Parliament, it was the first time that he had seen an orchestrated plan to shut down a discussion in a committee.

The permanent secretary will respond to the issues raised at a time to be determined by the committee.