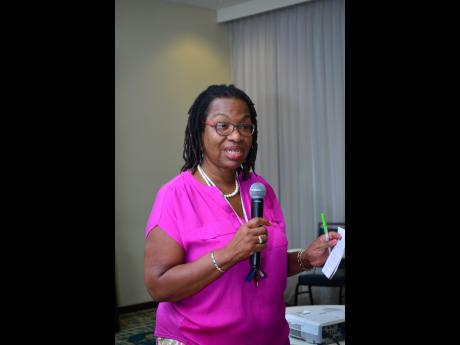 Public health specialist Professor Alafia Samuels has warned that countries like Jamaica will continue to have challenges with obesity if the issue of food sovereignty is not addressed.

Speaking at the official opening of The Medical Association of Jamaica Symposium focusing on obesity challenges at The Jamaica Pegasus hotel in New Kingston on the weekend, Samuels said that rules brought about by the World Trade Organization created positions of vulnerability, where there is limited control on what is imported.

As a result, Samuels said that many countries like Jamaica have serious obesity issues.

"This is not a coincidence. Small island developing states, whether they are middle income, low, or high income, as many of our small developing states in the Caribbean are, suffer from multiple vulnerabilities. Climate change is one, but another one is lack of food sovereignty.

She argued that because of the lack of food sovereignty in the island, much of the ultra-processed foods end up on the tables of families because they have a longer shelf life.

"We find that we don't have a lot of control over what we eat, plus the small size of the countries means [little] economies of scale ... you really cannot produce the variety of food at the right price.

"We are getting food imported into the islands cheaper than production cost," Samuels, a public health specialist, added.

She argued that the crisis of obesity did not suddenly emerge and that there was no quick fix.

According to the professor, confronting the challenge would be like a marathon.