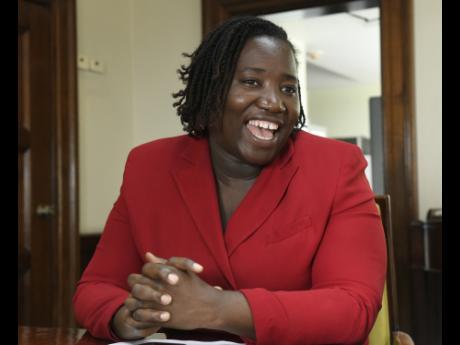 There are growing fears that many programmes administered by non-governmental organisations to assist the most vulnerable Jamaicans could be shuttered shortly as international funding dries up.

Addressing a recent Gleaner Editors' Forum last Thursday, Kandasi Levermore, executive director of Jamaica AIDS Support for Life, disclosed that in a few years, several donor agencies would be transitioning, and there was no local funding to assist individuals in vulnerable groups

"The challenge that we are going to be having in a few years when these donors transition, because a lot of these projects are not funded by the Government of Jamaica, [is that] there will be a point where there will be a gap," said Levermore.

Among the programmes likely to be affected are those involved in the empowerment of individuals living with HIV and and HIV-related illnesses, women at risk of domestic violence as a result of their health status, as well as those that sensitise law-enforcement and health professionals about the treatment of persons living with HIV. "The Global Fund has been having its transitioning dialogue for years, and we finally fear that it is coming," said Levermore. "There is going to be a gap in the country's response. So how are we going to ensure that we sustain these activities and our scaled-up activities? That's going to be the question that we need to answer now," she added.

It is feared that these programmes could be placed on the back burner by the Ministry of Health, which is now focusing its resources on areas such as cervical cancer prevention among primary school-age girls and the growing obesity crisis in Jamaica.

"We are asking the Government to begin looking at mechanisms to sustain this type of engagement that is not now present in the structure of NGOs and how they deliver their programmes," Levermore pleaded.

"We have been having this discussion for years, and once you talk money, you hear about fiscal space, but the real question is, 'Can the country's response stave off the tide without a mechanism to sustain the efforts?' " added Levermore.