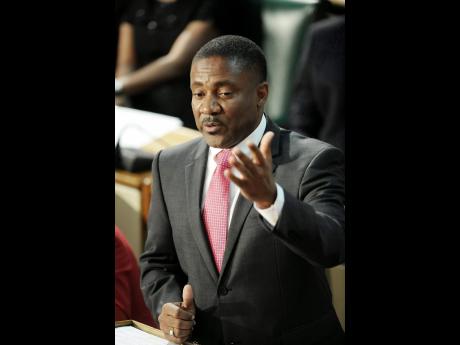 An engineer at the government-owned company National Energy Solutions Limited (NESOL) is one of two persons facing corruption-related charges following a multiagency investigation that culminated with the seizure of more than $30 million in cash and four luxury vehicles last week.

Lawrence Pommels, 33, who has served as chief engineer at NESOL, and Ricardo Harris, a 34-year-old mechanic, have been charged with money laundering, possession of criminal property, and breaches of the Corruption Prevention Act, the police confirmed yesterday through its Constabulary Communications Unit.

Sources revealed, too, that both men have been charged with bribery after they allegedly offered investigators $20 million during two operations last Wednesday when the cash and the luxury vehicles were seized. The vehicles include a BMW X6 and an Audi sports utility vehicle.

The operations, led by the Constabulary Financial Unit, the Counter-Terrorism and Organised Crime division, and the Financial Investigations Division, were conducted at two premises in New Harbour Village in Old Harbour, St Catherine, and marked the culmination of a high-level probe.

According to law enforcement sources, investigators also raided Pommels' office at the St Andrew-based company and seized a number of documents that they believe can assist their probe.

NESOL was established in 2015 to take over the functions of the Rural Electrification Programme.

Phillip Paulwell, the opposition spokesman who spearheaded the transition while he was energy minister, wants the Public Administration and Appropriations Committee (PAAC) of Parliament to turn its search light on the operations of NESOL.

"We believe that it's another agency of the ministry that ought to be summoned by the PAAC for further scrutiny. I think it is in the best interests of the company to provide to the PAAC all the information to clear up all the allegations that are now swirling in the public domain," Paulwell told The Gleaner yesterday.