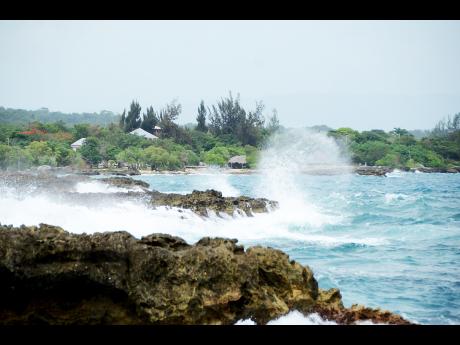 Kenyon Hemans
The waves crashing angrily against the rocks separating the road from the sea in the disputed property in Little Bay, Westmorland last week. 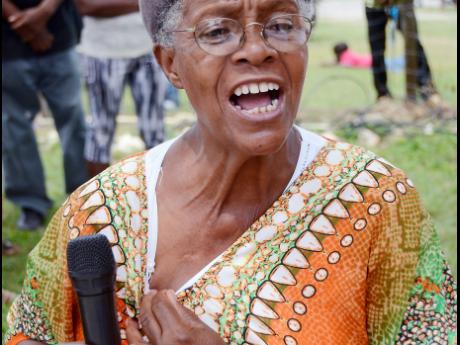 Kenyon Hemans
Louse Brown: "Little Bay people blood run over this property. A lot of persons have died over this land and a lot more are going to die."
1
2

The waves crashed angrily against the rocks separating the road from the sea in Little Bay, Westmoreland, last week, in what residents claimed was its vexation about the efforts to evict them from the property they have lived on for decades.

Louise Brown's eyes flashed just as angrily when she spoke, with her voice thick with a determination to fight.

She is the daughter of the late Wilton Brown, who was overseer for the property for years, after he was appointed by the only owner she has known, George W. Barber, Sr.

Louise now lives in a house she says was given to her father as gift by Mr Barber for the work he did for him.

"Little Bay people blood run over this property. A lot of persons have died over this land and a lot more are going to die," she said with dignified defiance, before recounting the horrors of December 23, 1989.

"Two masked men entered our house and after a violent attack, they cut my father's belly open almost from one end to the next. I was stabbed in my neck and every so often I feel pain in the area. So I have the scars to show," Brown told The Sunday Gleaner.

Her father would spend more than one week in the hospital while she was treated and sent home the same night. One of the attackers was chopped during the incident, and as they headed to the hospital, she said she learnt that the attacker was taken by bus for treatment in St James.

"After the attack, Mr Barber wrote us expressing sorrow at what happened, and I know he took the hurt and pain to his grave. When he gave us the house, he said my father should be buried under the naseberry tree in the yard. But it was so close to the water that we did not bury him there," said Brown.

She said her father's health deteriorated rapidly after the attack which happened when he was 79 years old, and, within two years, he was dead.

She would later learn that she, Violet McFarlane, and others were marked for death as the land dispute turned deadly.

McFarlane, who served as president of the citizens' association, was murdered one evening following a court appearance in 2004.

A neighbour of McFarlane said a snake was thrown in his house, in what he believed to be an act of intimidation.

His wife Kathleen, who is now offering the land for sale for US$60 million, had returned to the United States with his sons two years before his death.

Now the residents say claims by the police that the area provides cover for the guns-for-drugs trade is nothing more that setting the stage to terrorise persons in the area to give the impression that they are criminals.

"If criminals are here, why haven't the police arrested them?" asked Dennis Rankine, business operator of Little Bay.