No proof! - Officials yet to confirm that gangsters are using embalming fluid to get high 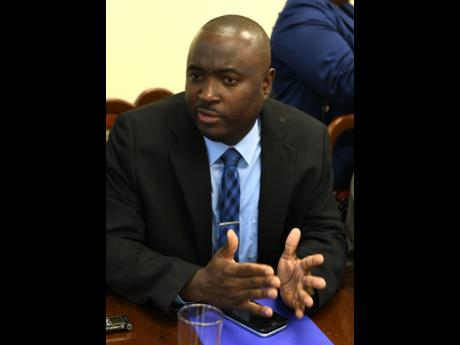 The police are yet to confirm reports that Jamaican gangsters are using embalming fluid to get high before embarking on some of their deadly rampages.

Recent reports, particularly out of St James, have indicated that the gangsters have been spraying the embalming fluid, dubbed 'wet' or 'leak', on their marijuana or tobacco cigarettes and allowing them to dry, before smoking them.

But the police say they are having a hard time proving that the controlled substance is indeed being used as a drug locally.

"We have heard of it. We have not seen it. We have seen videos on social media and mainstream media. But in terms of it coming to our attention, as investigators we have not seen it," Detective Inspector Sheldon Coulson of the Police Narcotics Division told a media briefing last Friday.

According to Coulson, only if investigators have information that embalming fluid may be among contraband seized can they ask a forensic lab to test for the liquid.

He said he knew of no instance where persons arrested for crimes have been tested positive for embalming fluid.

Collette Kirlew, director of client services at the National Council on Drug Abuse, told the media briefing that they are also short of information about the use of embalming fluid as a drug, and urged members of the public to share any information they have about it.

"We have tried to get the information. We have tried to get persons who are using to be interviewed, but everybody is hiding and not coming forward," said Kirlew at the media briefing put on by the Ministry of National Security in recognition of the United Nations 'International Day Against Drug Abuse and illicit Trafficking', which will be marked on Tuesday.

"We want to get at least samples of it to go and test it to see what is really in there because one of the active compounds could be 'Angel Dust' or PCP (Phencyclidine). Based on our information, embalming fluid alone may not cause some of those symptoms," added Kirlew.

Dr Kevin Goulbourne, acting director of mental health and substance abuse at the Ministry of Health, said his information about embalming fluid being used as a drug was also anecdotal.

Nonetheless, Goulbourne listed it among emerging drugs from out of the United States that pose a potential threat to Jamaica.

Goulbourne listed the other drugs as Fentanyl, a potent opioid primarily used in pain medication, and 'Lean', also known as 'purple drank', 'sizzurp' or 'dirty sprite', which is made from a mixture of prescription strength cough medicine, soft drinks and flavoured candy.

"We have heard of cases of youngsters using Lean in secondary schools, and what makes it worse, another difficult trend that we are facing, is that celebrities and professional athletes have also been using it," said Goulbourne.