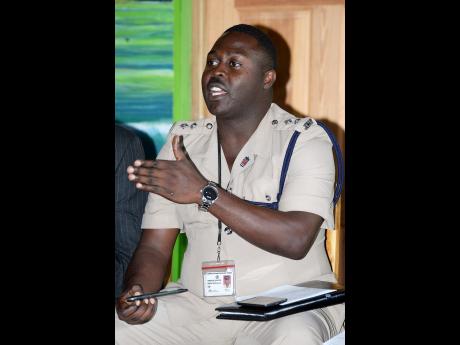 Senior investigators are yet to make a breakthrough in the murder of two senior citizens in Mount Pleasant, west Portland, and are urging members of the public to share any information they might have.

Deputy Superintendent of Police Throyville Haughton told The Sunday Gleaner that they were alerted by residents shortly after 1:30 p.m. Friday, when the partially burnt body of Charlie was found in proximity to the Mount Pleasant Primary School.

"Shortly after, the body of the elderly woman was found at a different location with burns to the body also. Both bodies had wounds to the neck and face. However, we are not yet able to say what might have caused those injuries.

"We are making every effort to bring closure to this heinous crime, and as such, we are getting assistance from our Area Headquarters and also from Technical Services from Kingston. Our detectives are still in the area carrying out investigations," added Anderson.

Last Friday, the farming community of Mount Pleasant was rocked by the killing of the husband and wife, who residents described as being very kind, caring, and pleasant.

Preliminary investigations have revealed that the British national was defrauded

$8 million and reported the matter to police.

According to a family member, between August last year and May of this year, a total of 45 credit card transactions were made at prominent hardware stores and supermarkets in Portland without her knowledge.

Police have not ruled out the possibility that the persons who carried out the scam were also behind the killings.

If you have any information which can help the police find the killers please call 119, the Port Antonio Criminal Investigative Branch (CIB) 876-332-9263, the Commanding Officer Duane Wellington at