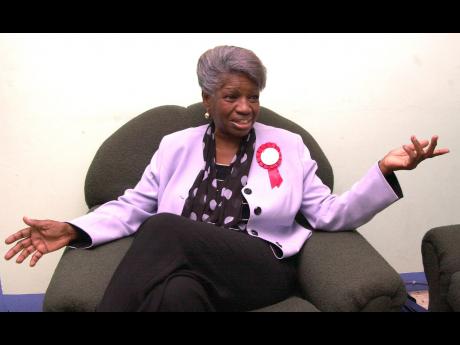 For years, abused women have been able to find a temporary sanctuary at the Woman Incorporated Crisis Centre (Woman Inc). Now the administrators say they intend to do more by opening up a transitional home for victims of domestic violence.

According to acting executive director of Woman Inc, Joyce Hewett, some of the women who have benefited from the shelter had no choice but to go back to live with their abusers as the shelter offers only temporary living.

With the opening of the transitional home, the women will be able to stay much longer and learn valuable skills, which will help to make them more independent.

"It will give at least a small group of women the opportunity to have somewhere to live and sort of reposition themselves. Maybe they have no skills, which is also another reason why they go back," Hewett told The Sunday Gleaner.

She said the transitional home will be primarily funded by an international agency, but already two local groups have made large contributions to help develop the facility. These local organisations are the Women Leadership Initiative and the International Women's Forum.

"This will be the first time that we have had some of the women who you will consider to be in a stronger economic position that are helping in that way," said Hewett, as she noted that the plan is to have the new facility operational by next year.

"Women have nowhere to go, and all too often either remain in the domestic-violence situation or return to them after they try to leave," she said.

In addition to creating the transitional facility, Woman Inc is also currently collaborating with RISE Life Management Services on a project which is aimed at informing various sectors of the society about domestic violence.

"It is about training people to become more aware and to shift attitudes in terms of violence against women and vulnerable groups, and it is to strengthen the areas where they work," said Hewett.

She said the project, which is funded by the European Union, started last year December and will end this July.

The Women Inc transitional home should complement a shelter for battered women being established by the Government.

Gender Affairs Minister Olivia Grange says the state-run shelter is valued at more than $40 million and should be open before the end of the year.