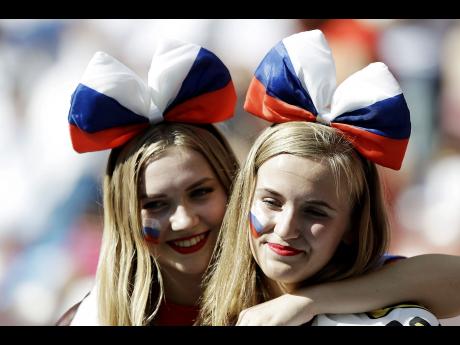 AP
Fans in Russian colour wait for the beginning of the round of 16 match between Spain and Russia at the 2018 FIFA World Cup at the Luzhniki Stadium in Moscow, Russia, yesterday. 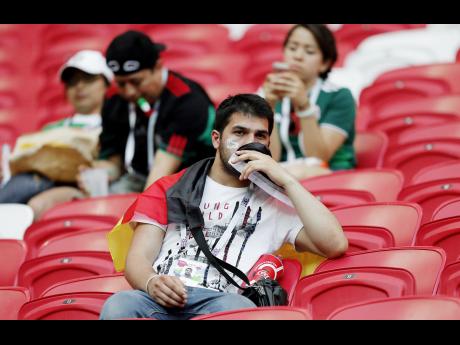 AP
A Germany fan sits dejected in the stands after his team lost the Group F match between South Korea and Germany. South Korea won 3-0 to eliminate Germany. 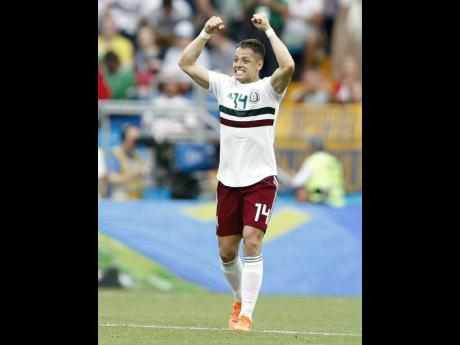 AP
Mexico's Javier Hernandez will be hoping to get his team out of the second round for the first time ever. 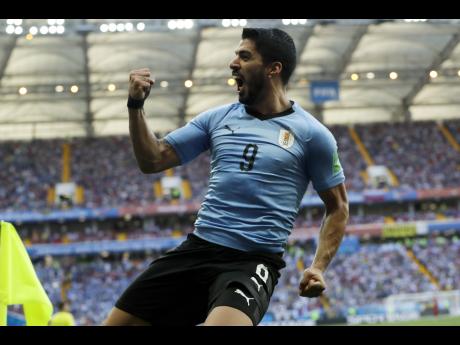 AP
Luis Suarez represents Uruguay, the two-time champion teach which hosted the first ever World Cup in 1930 (which it won).
1
2
3
4

With Spain the latest football powerhouse to be sent packing from Russia, the 2018 FIFA World Cup final is now sure to feature either a first-time finalist or a team that has not advanced to the final in at least 50 years.

Host nation Russia, the lowest-seeded team in the competition, yesterday defeated an underwhelming Spain 4-3 on penalties after finishing 1-1 after 120 minutes in the round of 16 of the tournament.

With the draw heavily stacked on one side (Brazil, France, Uruguay and Belgium), Spain’s exit has paved the way for either England (champions in 1966), Sweden (finalists in 1958) Colombia, Switzerland, Croatia, or Russia to have a say in the deciding match to be held at the Luzhniki Stadium inMoscow on July 15.

Interestingly, the World Cup has been won by a new team every 20 years since 1958. Five-time champions Brazil won their first title in 1958 followed by Argentina in 1978 and France had their first and only success in 1998. Russia, Croatia, Mexico, Belgium, Japan, Sweden, Switzerland, and Colombia are the remaining teams in this year’s competition never to have won a World Cup.

Also of note, no foreign manager has ever won the World Cup, with only two guiding their team to the final, coincidentally, both in years ending with an 8.

Sweden, who hosted the tournament in 1958, were led to the final by Englishman George Raynor, where they lost 5-2 to Brazil with 17-year-old Pelé scoring a brace.

In 1978, the Netherlands were led to the final by Austrian manager Ernst Happel, which they lost to hosts Argentina after extra time. Of the 12 teams remaining, Belgium and Mexico are the only two with foreign coaches.

Belgium, who boast a plethora of European club standouts, are viewed by many as the dark horse of the tournament.

Brazil (1958) are the only non-European side with a title in Europe, while current champions Germany (2014) became the first-ever European team to win a World Cup title in the Americas.

For those who aren't World Cup aficionados, here are a few fun facts you can throw around the next time you get caught up in a discussion on The Beautiful Game:

1) The first World Cup took place in Montevideo, Uruguay in 1930. The competition was created by the Frenchmen Jules Rimet who, inspired by the success of the Olympic Games, had the idea of bringing nations together through soccer.

2) The fastest goal of the competition was in 2002 and took just 11 seconds to be scored. Former Turkish international player, Hakan Sukur, scored in the 3rd/4th place playoff between Turkey and South Korea. Turkey ended up winning the game 3-2.

3) The biggest win in World Cup Qualifying was in 2001, in a game between Australia and American Samoa. The Australians won by 31 to 0.

5) Everyone knows Brazil has the most World Cup trophies, at five, but did you know the national team with the record of most finals lost is Germany, who have been runners-up four times in 1966, 1982, 1986 and 2002?

6) Retired goalkeeper Dino Zoff is the oldest player to win the competition. In the 1982 edition, won by Italy, he was 40 years old. If you really think about it, you'll realise 'keepers tend to have a longer shelf life.

8) Mexico have been knocked out in the last-16 of the last six World Cups. They have only lost two of their last 17 group games (eight wins, seven draws). Let's they do a bit better today!

9) Since reaching the final in 1958 as the home team, Sweden have beaten the second round on only one occasion: in the USA, 1994, when they finished third. They'll try to get back out of the second round tomorrow.

10) The last two reigning champions were knocked out in the group stages: Italy in 2010 and Spain in 2014. Oops, make that the last three. 2014 champion Germany also left a little early this time around.

Info taken from www.marca.com and www.msn.com