JPs call on Jamaicans to adopt a child 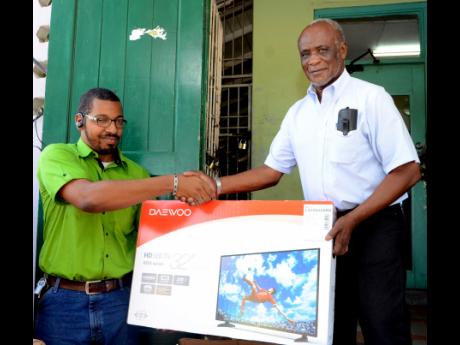 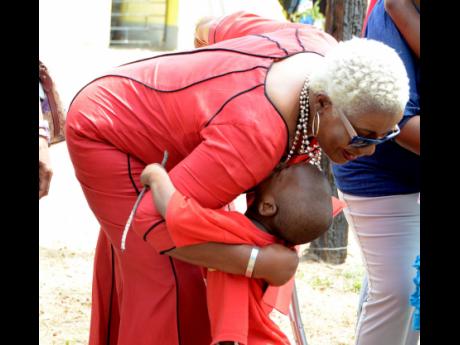 Kenyon Hemans
Justice of the Peace Lorraine Ross-Clunie bends to hug a child at the Maxfield Park Children's Home in St Andrew following a donation by justices of the peace to the institution yesterday.
1
2

Jamaicans are being encouraged to open up their hearts and homes by adopting a child from one of the approximately 58 children's homes spread across the country and not leave it to the State alone to care for the wards.

"You see the 105 children here at the Maxfield Park Children's Home and you wonder. You think to yourself, 'Why are there no parents?' But there are some people who would love to adopt. Go ahead. Don't let fear stop you," said Justice of the Peace (JP) Lorraine Ross-Clunie.

Ross-Clunie was speaking yesterday on behalf of St Andrew Custos Rotollorum Dr Patricia Dunwell during the presentation of food items, a television set, and toiletries to the Maxfield Park Children's Home in St Andrew yesterday. She said that more Jamaicans should make themselves available to provide foster homes for children who have been abandoned.

"The big plan we JPs have is to engage people into fostering and adopting children because taking charge of one of these lives is as important as anything we can do as adults," Ross-Clunie told The Gleaner.

"I have done so. Twenty-five years ago, I found my daughter. She was four days old, two and a half pounds, and I adopted her. Twenty-five years later, she is married, well rounded, and is doing awesomely well for herself. So I am very proud of that," she noted.

The senior JP argued that the fear that many persons have in relation to adoption is baseless. Parenting, she said, was more than being biological parents and required a steady and caring hand in the upbringing of children.

"There are too many of our little ones in homes such as this. There are too many of them on our streets begging, homeless, and alone. We must show our humanity as a people. Adopt a child, care for a child, and watch and see Jamaica become a far more interesting place to live, work, do business, and retire in peace," Ross-Clunie declared.

The JPs also made a similar presentation at the Mustard Seed facility in Waterhouse, St Andrew.

Through her business enterprise, the Oasis on the Oxford, Ross-Clunie joined with fellow JPs to present the donations to the children's homes.