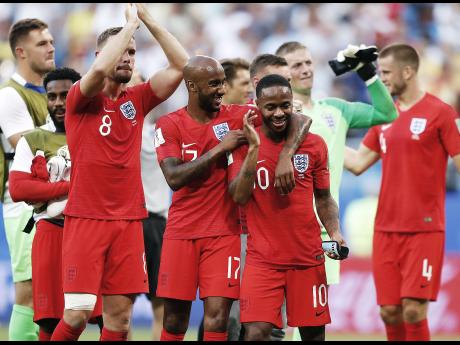 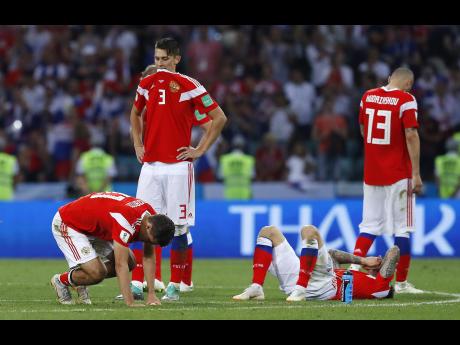 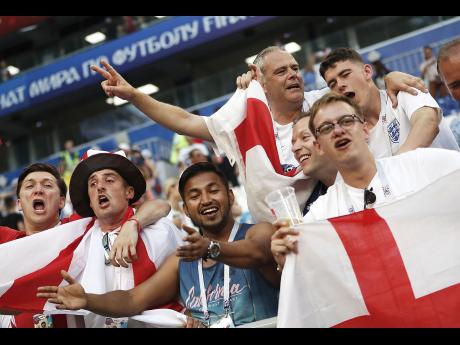 The path to England's first World Cup semi-final since 1990 hasn't been cluttered with any of the football titans.

Germany was expected to lay in wait for the Three Lions in the quarter-finals but they were sent home early. Instead, it was the Swedes, an easier task by any measure.

After 90 straightforward, some might say dull, minutes of football yesterday, England and its fans celebrated as the team, young and unproven going to Russia, headed to the semi-finals.

Harry Maguire and Dele Alli scored with headers in a 2-0 win over Sweden, earning England a match against Croatia for a place in the July 15 final.

England's fairly muted celebrations reflected the routine nature of the victory over a hard-working Swedish side that had already gone further than expected in its first major tournament without Zlatan Ibrahimovic.

England's deep run is also a surprise. Not even the England side containing stars like David Beckham, Steven Gerrard, and a young Wayne Rooney ever got this far at a major tournament.

The 1966 World Cup champions last reached the semi-finals in 1990, losing the first of a series of penalty shoot-outs. In 2014, the team didn't even make it out of the group stage.

Today, the performances of Gareth Southgate's squad - the second youngest at the tournament - are being wildly celebrated back home.

It proved to be a match too far for the Swedes, who advanced further than they ever did with Ibrahimovic - the team's star for more than a decade - by being compact and hard to break down.

That helped them win a two-leg playoff against Italy to get to the World Cup, top a group containing Germany, and then beat Switzerland in the round of 16.

In the day's other game, it was Croatia that advanced to the semi-finals with a 4-3 shoot-out victory over Russia following a 2-2 draw.

The overachieving hosts, the lowest-ranked team in the tournament, were trying to make it to the World Cup semi-finals for the first time since the Soviet Union finished fourth at the 1966 tournament in England.

It was the second straight time both teams played in a shoot-out. Russia beat Spain 4-3, and Croatia defeated Denmark 3-2 in the round of 16.

Argentina, in 1990, was the last team to win consecutive World Cup shoot-outs. It defeated Yugoslavia in the quarter-finals and Italy in the semi-finals that year, which also made Italy the last host nation to lose on penalties before yesterday.