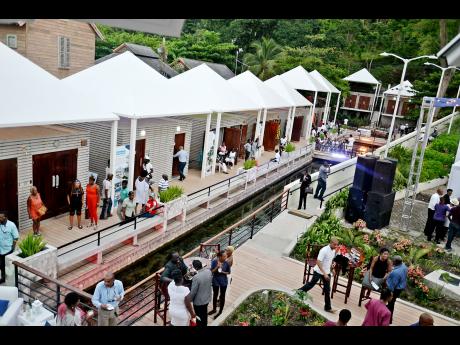 Carl Gilchrist
A section of the Ocho Rios Fishing Village, which was officially opened on Thursday. 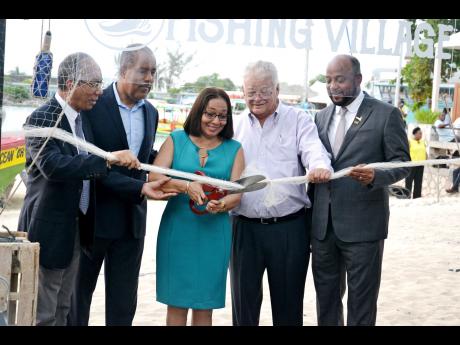 The multimillion-dollar Ocho Rios Fishing Village was officially opened Thursday evening, signalling a new phase for fisherfolk who have occupied the location for years.

The magnificently crafted village, spearheaded by the Port Authority of Jamaica (PAJ), also brings to Ocho Rios a beautifully designed waterfront that should further enhance the town's reputation as a leading cruise ship port. The facility boasts several small shops that will serve as restaurants, craft shops and other businesses. The village also comes with a small amphitheatre.

Samuda, the guest speaker, hailed the fisherfolk whose tenure before the transformation of the village continues now as business operators.

"The beautiful thing about this facility is the fact that it embraces the fisherfolk. They are an incredible set of people who endure bad weather, who endanger their lives at times very frequently, who have resilience, ambition and a desire to elevate themselves," said Samuda. "Thank God, today the Government of Jamaica has facilitated all that is required of them to move on and make successes, not only of their immediate profession, but in business at this location."

Meanwhile, Shirley traced the progression of the facility from trying to convince the occupiers to give up residence to facilitate development, as they were sceptical that they would be given first choice to own the shops. But he said that promises made by the PAJ to the fisherfolk have been kept.

Shirley hailed the input of several persons from both sides of the political divide and several government agencies, including the Urban Development Corporation, HEART Trust, the Ministry of Tourism and its agencies, as well as the Fisheries Department.

More critically, Robinson implored those associated with the village to treat it with pride and dignity as it belonged to them.

Belnavis hailed the opening as a great day for Ocho Rios, and even a bigger one for the fisherfolk.

It was a grateful event. Orville Grant, president of the Sailor Hole Fishermen Benevolent Society, who offered the vote of thanks, hailing the long list of people whose input made the venture possible, including the clergy in St Ann.