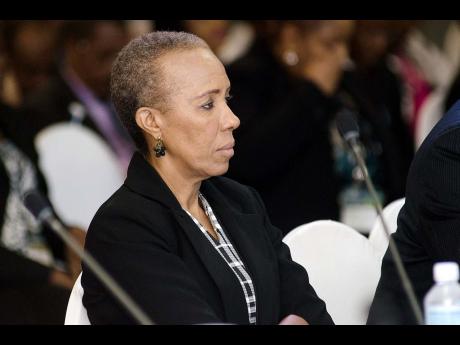 The Government needs to set aside approximately $16 billion annually to cover losses associated with hurricanes and floods over the long term, according to the World Bank.

The recommendation forms part of a drive to create a comprehensive disaster risk finance programme in a push to bolster the country's fiscal resilience.

"I do recognise that we operate our Budget within a certain envelope, and that all of what we may need may not be possible all at once, but nobody ever said that Rome was built in a day. We, however, need to make disaster-risk financing a priority and factor it into the Budget and debt-management process in a systematic way," argued Fayval Williams, minister without portfolio in the Ministry of Finance and the Public Service.

She was addressing the launch of a World Bank report titled 'Advancing Disaster Risk Finance' yesterday in New Kingston.

According to the report, the national disaster fund currently stands at $258 million and receives an annual injection of roughly $56 million. However, the Government usually reallocates resources from various ministries to deal with urgent disaster response.

The report also highlighted that natural disasters pose a threat to Jamaica's macroeconomic outlook. It pointed out that following hurricanes Dean and Gustav in 2007 and 2008, respectively, inflation grew to more than 20 per cent.

Williams added, "We know that currently, in our Budget, we depend on some amount of contingency, which is inadequate ... but regardless of ... the contingency figure, is it institutionalised? Is there a known process for triggering it? A policy of natural disaster risk financing would answer these questions."

Short-term recommendations from the report include streamlining of a damage and loss database and reporting system across government ministries, and engaging external partners in a move to establish a contingent line of credit.