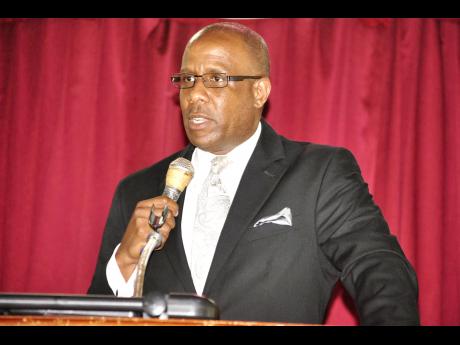 The Seventh-day Adven-tist Church in Jamaica has appealed to employers, in the private and public sectors, to respect the constitutional rights of workers to enjoy freedom from religious discrimination.

In a press statement yesterday, the Seventh-day Adventist Church pointed to a recent report from the National Workers' Union (NWU) that a worker with 26 years of continuous service at the Petroleum Company of Jamaica (Petcom) has been on suspension without pay since December 28, 2017, because he refused to work on Saturday, his day of worship.

Nigel Coke, spokesman for the Seventh-day Adventist Church, said yesterday that he had spoken to the worker whose rights had been infringed and he was very hurt.

"Based on what is presented to me by the worker and the NWU, there seems to be a clear and blatant breach of the right of the worker to his freedom of worship," said Coke.

Coke, who is also secretary general of the National Religious Liberty Association, has reminded employers that sections 13 (3)(i) and 17 of the Charter of Fundamental Rights of the Constitution, as well as the Employment (Flexible Work Arrangements) (Miscellaneous Provisions) Act and its effect on amending Section 2 of the Labour Relations and Industrial Disputes Act, make religious discrimination an industrial dispute for resolution under provisions of that act).

"As a church, we welcome the support of a trade union in this critical matter and also call on the support of employer associations to join in the effort to promote and foster respect for the rights of workers with regards to their freedom from religious discrimination at the work place," said Coke.

Meanwhile, Petcom, in a press statement yesterday, did not comment on the allegation that it had suspended a worker because he had refused to work on his Sabbath.

The corporation said that discussions between itself and the NWU had never ceased, "neither has there been any indication on the part of either Petcom or the NWU that negotiations between the parties have been discontinued".

Petcom further said that in keeping with the rules of natural justice, it "will not and cannot ventilate those issues in the public arena until a final decision is arrived at. The company is committed to, and will continue to uphold, the applicable legal principles in respect to ongoing labour issues, as it is expected to do."