Firmly opposed to smoking of the herb 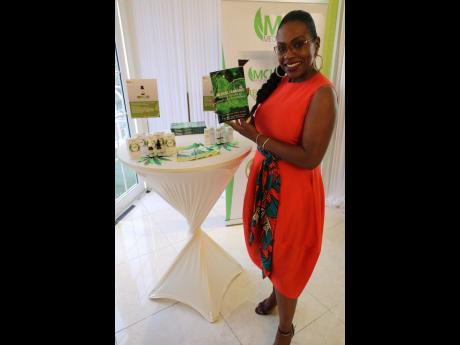 Her presence created quite a stir, but Jamaica-born American actress and author Sheryl Lee Ralph was busy channelling the spirit of her late Uncle Simeon, who lived in Christiana, Manchester, during last Thursday's media launch hosted by Medicanja at Eden Gardens, New Kingston.

"It's absolutely by design. It's the spirit of my late Uncle Simeon. I said, 'Wow! Uncle Simeon'," she told The Gleaner when asked about her attendance at the function.

She recalled that Uncle Simeon always had a bottle of a dark-coloured concoction referred to as his 'herbs' and which was used as a cure-all for ailments. His advice to her when pressed on the matter: "Learn more. Study more for there is youth in the herbs."

On the question of if she was now on a mission as ambassador for the herbs, Ralph served up a simple response. "I think I have always been," before going on to elaborate. "I've not been for the whole smoking of it, but I've really been for the health, science, and wellness."

The actress' conviction about the curative properties of the herbs was further reinforced by the experiences with her dad while he was hospitalised in the United States with a terminal case of bone cancer.

"Later on in his illness, with the pain, they put him on morphine, and I saw the difference when they dared to give him cannabis as opposed to the morphine. There was a marked difference in how he felt, how he was presenting," Ralph recalled. Still, she remains firmly opposed to the recreational use of ganja by youngsters.

"I think we in Jamaica have to really change our view about ganja because we're really still thinking of that whole recreational aspect, 'Let's smoke it. Let's get high. Let's put more things on it that will hurt your brain'," Ralph reasoned, "instead of realising that in its natural form, it really has something good to give us in our health and well-being."

She insisted that ganja smoking messes up the brain of young people.