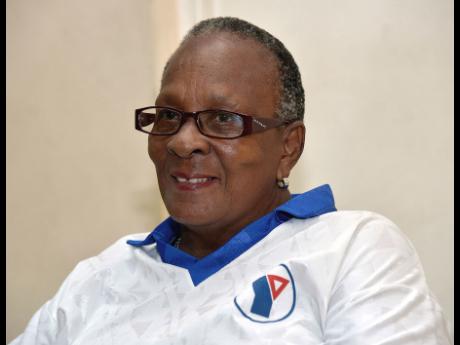 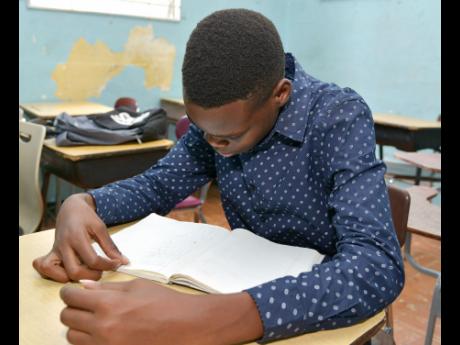 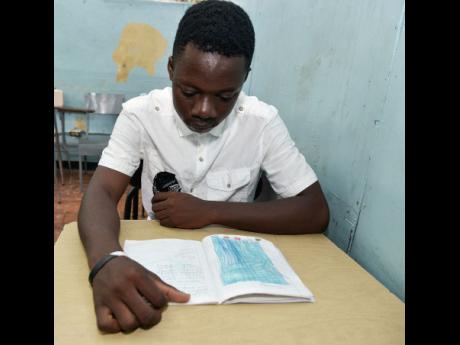 Like many of the boys at the Young Men's Christian Association (YMCA), 15-year-old Rojay Bates seemed destined for a bleak future, but come September, he will get another opportunity to attend high school, and the youngster has already penned his resume and application letter for the Jamaica Defence Force.

Rojay is one of 33 boys from the YMCA who will be making the transition to high school after they were successful in the 2018 Grade Nine Achievement Test set by the Ministry of Education.

After being transferred to the institution from his previous high school and repeating grade nine twice, Rojay is looking forward to starting grade ten at a formal school.

"It feels very nice, because the last school that I went to, I wasn't performing very well; so since I came to the YMCA, I came first two times. My mother is very proud of me, so I feel very good," said Rojay.

He was named top student in his batch and has been placed at the Papine High School.

Administrator and general secretary for the YMCA, Sarah Newland-Martin, couldn't be prouder of Rojay and the other boys.

"These youngsters are being given a second chance after being turned out of some of the schools for behavioural problems," Newland-Martin told The Sunday Gleaner.

"This particular year was one of the most difficult years that I have had. It seems like every year it gets worse, and how we are able to get the success is just telling you that all is not lost. That's basically what is," she said.

Rojay and his schoolmates are beneficiaries of the YMCA's Youth Development Programme (formerly Street Corner Boys' Programme) which was started in 1974. The programme is aimed at assisting boys who have dropped out of the formal school system.

Coordinator for the programme, Dianna Taylor, said some of the boys were expelled because of disciplinary problems.

"What we do here with them is behavioural modification programme and literacy, numeracy and skills training. We network with the HEART Trust/NTA for the skills aspect of things and also for assistance with overhead expenses," said Taylor.

There are several other entities involved in the transformation of the boys. These include the Child Protection and Family Services Agency, Family Life Ministry, the Ministry of Education, Food for the Poor, and the Guidance and Counselling and the Social Work Departments at the University of the West Indies.

"HEART Trust assists them with $50 per day for bus fare to come to the programme, others might be on PATH (Programme for Advancement Through Health and Education) and from in-house, we try to assist them as much as possible," said Taylor.

"A lot of networking helps us to balance what we do," added Taylor, who said corporate Jamaica and volunteers from overseas also assist.

Carl White has attended the YMCA for three years, and while his experience has been good, he is looking forward to embarking into the formal school setting come September.

He will be attending the Penwood High School. It is not a traditional high school, but he is contented.

"It is not the school; it is what you do at the school, so any school I pass for, I am just going to try and do my best and get what I can get out of it," said Carl.

Just being able to secure placement at a high school is a major achievement for him.

"When I just started, I didn't know what I wanted to become, I just was giving a lot of trouble and Ms Taylor pressure me, pressure me, until I almost got expelled out of the school. Then I see that this thing is not working, so might as well I buckle down and do my work," Carl told The Sunday Gleaner.

"This school put me on the right path. I want to be a soldier, because my uncle is a soldier and he does lifeguard and I like the swimming too. So he told me that is the best place for me, because I can go in the army and teach the soldiers them how to swim because that is what he does," added Carl.

Newland-Martin said some of the boys have had very traumatic experiences, but the organisation has always sought to provide a holistic and solid environment for them. Many have been able to change the trajectory of their lives as a result.

"In most cases, they keep in touch with us to let us know how well they are doing, and if there is need for them to get help with homework, they come back to the school here and the teachers will help them in information technology or on the computer," she said.