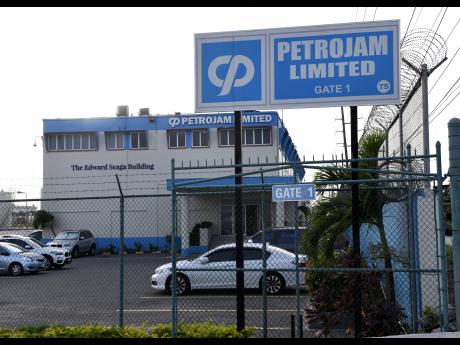 The former leadership of the State-owned Petrojam oil refinery spent more than J$1.4 million (US$10,500) to host a 'staff party' for 25 guests at the upscale Palms at Palmyra in Montego Bay, St James, on September 19, last year.

That was less than 24 hours before they racked up another bill of just under J$5 million (US$37,827) at the Hyatt Ziva Rose Hall for accommodation and food for a four-day staff retreat and board of directors meeting.

The spending continued with the company shelling out a further US$132,162 (J$17.1 million) to an American firm to provide 'Balanced Scorecard Training and Strategic Development' during the retreat.

Details of the spending by the former leaders of Petrojam were provided to The Gleaner in response to an Access to Information (ATI) request.

But the company noted that it had provided The Gleaner with only some of the invoices for the retreat, which ran from September 20 to 23, 2017, with no explanation as to what invoices were omitted or why.

According to the invoices provided by Petrojam, the pre-retreat staff party was coordinated by Rose Hall Developments Limited, but there was no indication if accommodation was provided after the party with the staff retreat set to begin at the nearby Hyatt Ziva the following day.

Efforts to get additional information from Petrojam last week, including the number of staff members and directors who attended the retreat, were unsuccessful, as the company insisted that other questions would only be answered via another ATI request.

But a public-relations and event planner with government clients told The Gleaner that the purpose of the party before the retreat was more important than the bill.

According to the event planner, who asked not to be named, the J$1.4-million bill for 25 guests was in line with standard industry pricing for premium VIP hosting.

"The bigger picture is - why is a government entity spending this amount of money? Was this the best spend of our resources and what are other government entities doing for VIP hosting?" said the event planner.

Another event planner added, "The pricing for 25 people could be justified based on the deliverables needed to execute the event. However, at almost $55,000 per head, what was the return on investment for hosting the party; that's very important in Government."

The Strategy Management Group out of the US, which operates the Balanced Scorecard Institute, billed Petrojam the US$132,162 for professional fees, an introductory course, accommodation, meals and travel for presenters and shipping.

A balanced scorecard is a strategic management tool used by businesses and governments worldwide to set and measure targets.

The Gleaner has asked Petrojam to outline the method used to procure the services of Strategy Management Group and justify the engagement of an overseas firm at that cost.

The Petrojam management team that organised the party and retreat was led by Floyd Grindley, who has since resigned. The board chairman at the time, Dr Perceval Bahado-Singh, and the other Jamaican members of the board have also resigned and have since been replaced.