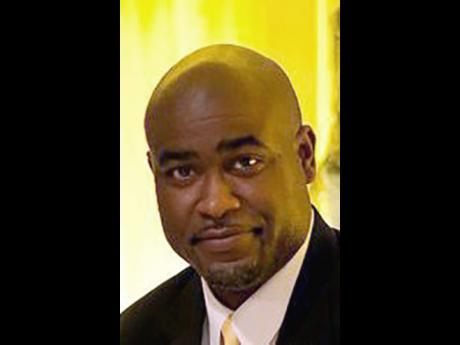 Following revelations that he had improperly intervened in the recruitment process at the Spectrum Management Authority (SMA), a chaste Trevor Forrest resigned as board chairman yesterday.

“... I sincerely regret any damage my actions may have caused to the reputation of the agency or Government of Jamaica,” Forrest said in his resignation letter, submitted to Prime Minister Andrew Holness yesterday.

In September 2016, in his capacity as SMA board chairman, Forrest had insisted that Managing Director David McBean and Hilary Alexander, then permanent secretary in the science and technology ministry, acquiesce to his request to have Carolyn Warren inserted on to a shortlist of applicants for a managerial position at the SMA after the deadline had passed.

“I have never been one who is afraid to accept responsibility for any of my actions. It is the truth that as chairman of any board, my intentions have always been to abide by the tenets of good governance ... ,” said Forrest in his resignation letter.

His resignation follows Dr Andrew Wheatley’s recent departure as minister of science and technology as well as that of several board/senior management personnel at Petrojam, the state-owned refinery and National Energy Solutions Limited.

In the wake of the instability, Prime Minister Andrew Holness has summoned to a meeting next week all boards of agencies under the science, technology, and energy portfolio.

A release form the Office of the Prime Minister (OPM) said that “the boards will be required to report on their activities and processes as well as receive policy direction on the way forward”.

When The Gleaner asked Robert Morgan, director of communications at the OPM, about Forrest’s status on the boards of E-Learning Jamaica and the Universal Service Fund, he did not share specific information on Forrest, but he pointed out that changes were expected after a comprehensive review.

The SMA is a government company that regulates the radio frequency spectrum, and it advises the portfolio minister on telecommunications matters.

Reacting yesterday to the resignation of Trevor Forrest as chairman of the SMA board, President of the Private Sector Organisation of Jamaica Howard Mitchell has called on the Government to trim the 192 statutory boards, many of which are inactive, and, instead, empower departments in the civil service to carry out their roles.

For the past 14 years, Mitchell said, the Ministry of Finance had been working on a governance framework and the management of statutory boards, which has been accepted by all the stakeholders.

However, Mitchell noted that the Public Enterprise Unit in the Ministry of Finance, which had oversight of the process, had apparently gone silent. Mitchell said that the PSOJ and other groups that wrote to the prime minister recently suggested that the enterprise unit be moved to the Office of the Prime Minister and given the requisite resources to monitor the implementation of the governance framework for public sector bodies.