All for the love of hot chocolate 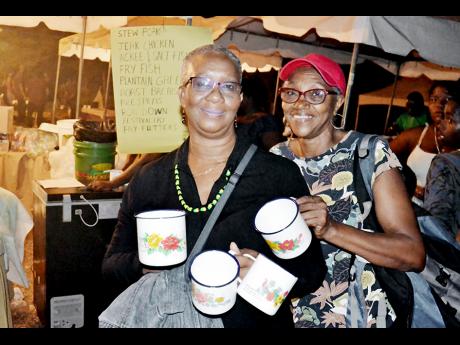 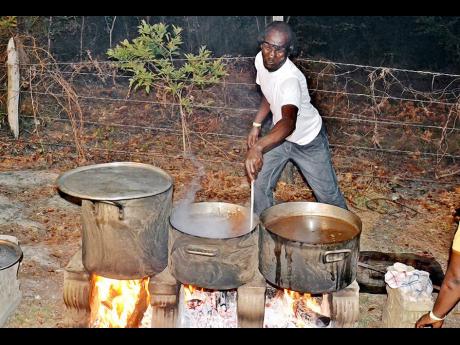 Is there a love affair between Jamaicans and a hot chocolate beverage commonly called chocolate tea? It appears so.

Hot chocolate has traditionally been a favourite of Jamaicans, and the trend continues each year at Emancipation Jubilee, held at Seville in St Ann. Each year, getting a cup, or mug, of hot chocolate seems paramount on the minds of most patrons.

On Tuesday night (July 31), as celebrations took place under the theme 'The Genesis', the scenario repeated itself for yet another year: an everlastingly long line of persons with enamel mugs in hand waiting patiently to get their free cup of hot chocolate.

Sonny, as the cook is affectionately called, led the charge, assisted by several women, tending to three huge pots on a wood fire, stirring, adding coconut milk, adding sweetener, straining, and finally, pouring into cups when the beverage was ready. Enamel mugs were on sale, and those who didn't bring the ones that they had purchased years before, bought again, as did the first-timers.

Tanya Stephens falls into the first category. She has several cups at home but left them all and had to purchase more on Tuesday night. She was spotted with three mugs near the end of the line that never seemed to end, along with 'Aunty Vilma', who had one.

"Why have you decided to join this long, everlasting line?" The Gleaner asked her.

"Well, because I love chocolate, and I bought my cup and I need to get chocolate," she replied, stressing the need.

"So you don't mind being number 500 (an exaggeration) in the line?"

"I don't mind it at all. It's for fun. And so when I go over to watch the show, I can sip mi chocolate," she laughed.

She was asked if all three cups were hers.

It wasn't her first time at Emancipation Jubilee and certainly not her first in the long line.

"I've always enjoyed the chocolate, and that is one of the reasons I come," she admitted. "The first thing I do, I stop and get a cup."

Recipes for chocolate tea vary, but all are delicious. Ingredients include chocolate, nutmeg, vanilla, salt, cinnamon leaves or sticks, condensed milk, or sugar if evaporated milk or coconut milk is used instead of condensed milk.