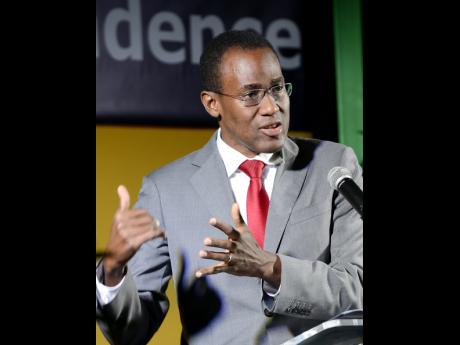 Paulwell has made repeated calls for the SCT removal amid increases in the price of the commodity.

The opposition spokesman has argued that since there is no longer a hedge, the tax, which was imposed in 2015 by the Simpson Miller administration, should be removed.

"Despite the Jamaican people paying to the Government approximately $6.4 billion a year in a special tax on fuel designed to pay for a hedge insurance against oil price increases," Paulwell said, "the Government is collecting the tax revenue, has ended the oil hedge, and has left the consumers at the mercy of the worsening oil market as the price of oil products such as petrol continues to rise at the gas stations locally."

However, Clarke, in a series of Twitter posts, said that the SCT has never been solely used to fund a hedge.

"Reasonable minds can disagree on policy, but don't play with the facts. They are pretending as if all of the SCT that they raised in 2015 was spent on an oil hedge," Clarke said.

According to Clarke, the Simpson Miller administration collected $6.4 billion in SCT, but only $3.3 billion of that was used to purchase the oil hedge. The finance minister also pointed out that the 2015 hedge covered a small portion of Jamaica's oil import.

"Phillip Paulwell is weaponising misinformation. The facts are that the Simpson Miller administration only used 52 per cent of the SCT they imposed in 2015 on oil hedge, which covered only a third of oil imports over the period and expired worthless," Clarke said.

The finance minister disclosed that some of the money that the Andrew Holness administration has collected from the SCT is being used to fund social programmes.