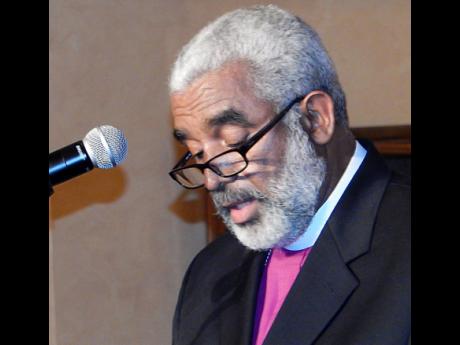 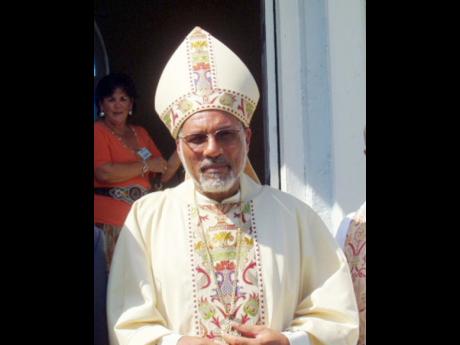 After 45 years as a marriage officer, Suffragan Bishop of Kingston the Right Reverend Robert Thompson's run came to an abrupt end recently when the Registrar General's Department (RGD) seized his marriage register and stripped him of the right to officiate at weddings.

Thompson lost his document when he went to the RGD to register what has turned out to be his last wedding.

"I performed a wedding ceremony on the weekend so I went in on the Monday, which is required. You can either send it by mail or go in. So I went in to hand in a copy of that marriage certificate and the attendant took my register," Thompson told The Sunday Gleaner.

"He (the attendant) said I needed to fill out a registration form. So I told him that I would need some time to do it, so could I take the form and send it back? He said no, I would have to do it in his presence. I couldn't wait, so I said, can I have back my register? And he said he could not give it back," added Thompson.

According to Thompson, during the exchange the attendant asked repeatedly for his church despite being told that as Suffragan Bishop of Kingston, he had oversight for several churches, and did not have 'a church'.

"It was quite embarrassing. I wrote the RGD and I didn't have my register, so if I was down to perform a wedding the following week or days after, I would have been disenfranchised. So I reflected on it, and I explained my situation and my pain. The RGD responded but it wasn't really very helpful," declared Thompson.

He said he was told he had to register and pay for a stamp.

"I haven't paid. And just this day (last Monday) I received an email from the minister of health (Dr Christopher Tufton) because I sent him a copy of my letter to the RGD, and he responded to say he has passed on my letter to the OPM (Office of the Prime Minister).

"But it's out of my hands. I don't feel comfortable being harassed, and I have other things to do. I am a little old for this. After 45 years, I am done. And I still have not got back my register and that, for me, is the worst part of it. And to now take my register, knowing full well that I can't perform without it, is extortion," declared Thompson.

This is the latest in a simmering dispute involving members of the clergy and the RGD over registration and fees from pastors to operate as marriage officers.

The Reverend Dr Howard Gregory, Anglican Bishop of Jamaica and the Cayman Islands, moved the matter into the public space in June when he wrote a letter to Prime Minister Andrew Holness in which he threatened to withdraw from performing marriages because of the RGD's demands.

Last week, Gregory said he received a response from the OPM and has since met with the chief executive of the RGD, two other officers of that agency and a representative of the prime minister's office.

According to Gregory, the idea of members of the clergy paying a fee to register as marriage officers was first floated when Dr Fenton Ferguson served as minister of health.

He said the proposal was shelved then after concerns were raised, and since then there was no discussion at the level of the Jamaica Council of Churches.

Gregory said nothing else was heard until the RGD indicated that the churchmen would have to pay $10,000 for registration as marriage officers, an annual registration fee, plus a further $15,000 for training.

He told The Sunday Gleaner that while he is not opposed in principle to a registration fee, he had concerns about the annual fee because many ministers did not charge a fee to perform a wedding ceremony.