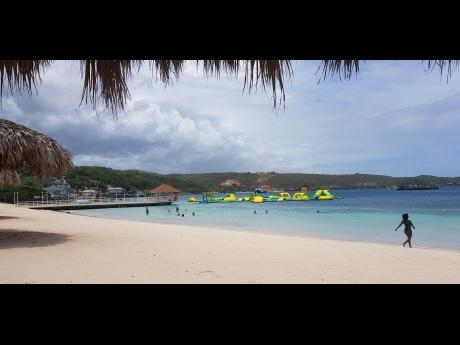 The Guardsman Group has said that the $13,000 it pays annually to the National Environment and Planning Agency (NEPA) as a licensing fee to operate the Puerto Seco Beach in Discovery Bay, St Ann, should not be confused with the lease of just under $3 million that it has with the Jamaica Bauxite Mining Limited.

The disclosure was made in response to an assertion by Professor Carolyn Cooper in a Sunday Gleaner column published on August 5, 2018. She noted, "In response to my query to NEPA about the cost of the lease for Puerto Seco Beach, I was sent copies of the permit and licences. There in the 'Third Schedule' was the answer to my question: $13,000 a year to lease the beach!"

Laura Heron, general manager of Guardsman Hospitality, told The Gleaner yesterday, "Our lease amount to Jamaica Bauxite is close to $3 million a year; that's what we are paying."

She added, "... I assume the amount provided to Miss Cooper from NEPA is actually a fee that is paid as a beach licensing fee on an annual basis ... . In fact, I don't believe that NEPA would be privy to the amount of our lease."

According to Coy Roache, managing director of the Jamaica Bauxite Mining Limited, the lease with The Guardsman Group started on January 29, 2016, and runs for 25 years with periodic increases built into the agreement.

He noted, "We have a basic fee for the first three years ... then we have a percentage of the value of the property in US dollars, which makes it after three years, at today's rate, go up to about $7 million a year."

However, Roache pointed out that the first increase, which was slated for January 2019, had been pushed back because the beach did not become operational at the beginning of the lease, because of issues related to infrastructure and sewerage.

Heron explained that Guardsman was granted the lease based on a development proposal for the property, and construction began in January 2017 with a budget of US$6 million.

"We had to build an extensive sewage-treatment system, which was basically guided by NEPA's requirements," Heron outlined. "Further to that, we had to build an administrative building, entry area. We also went on to build a restaurant, bar facilities, a 150-foot-long swimming pool [and] some cabanas along the beach," she added.

The renovated facility will be officially opened next month.