Health ministry: No reduction of special consumption tax on cigarettes 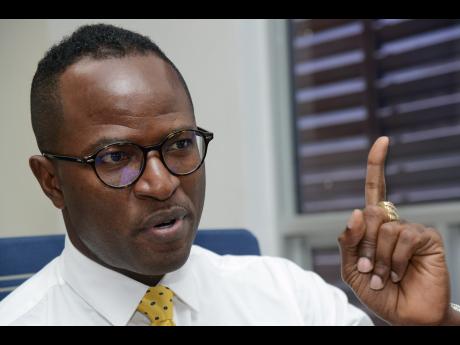 Any expectation that the special consumption tax on cigarettes will be reduced has been stumped by the Ministry of Health, which has said that it was not going to happen anytime soon.

The leading marketer and distributor of cigarettes and tobacco products in Jamaica, Carreras Limited, has been calling on the Government to reduce the taxes on cigarettes, arguing that it was fuelling the illicit trade, causing the country to lose billions of dollars in revenues.

But the ministry insisted yesterday that to reduce the taxes "would be counter to operating in the public-health interest, and at a time when we must redouble our efforts to bring about a reduction in tobacco consumption. This is given the painful and costly reality of non-communicable diseases (NCDs), such as cancer and heart disease, the risk for which is increased with smoking,"

Managing director of Carreras, Marcus Steele, in an interview with The Gleaner yesterday, said that this move by the health ministry was ill-advised.

"There are higher risks associated with the illicit trade, and the more you tax cigarettes, the more you are pushing consumption into that arena, and that is our concern," said Steele.

The ministry said that since the increase in taxation on cigarettes, it has seen a reduction in consumption in the country, and any action that even appears to step back from that progress would be ill-advised, considering that it was the health of the people of Jamaica that was at stake.

Steele added that while he understood the ministry's position, they needed to take into consideration the full reality of the situation.