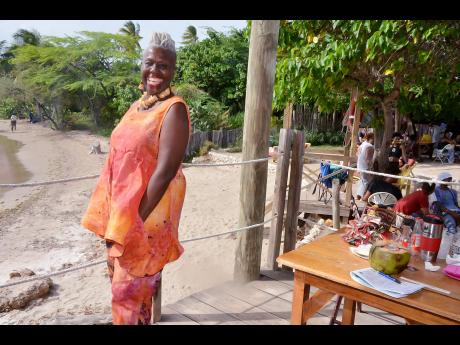 Professor Carolyn Cooper is adamant that the $13,000 licensing fee imposed yearly for the recreational and commercial use of a beach should be urgently increased and the Government's approach to beach access and the accompanying management framework overhauled.

"I think the licensing fee should be increased because if you don't have a licence, you can't run a beach operation. That is a very essential part of the whole operation. ... You can't have an annual beach licence for a place like Puerto Seco that is $13,000. That is not even US$100. That is ridiculous!" said Cooper in an interview with The Gleaner yesterday.

The standard yearly cost to operate a beach for commercial or industrial activities stands at $20,000, and the National Environment and Planning Agency adds other fees on a case-by-case basis.

Daryl Vaz, minister with responsibility for the environment, said recently that the Government had noted issues related to public access to beaches and a policy was being formulated.

He said that a draft submission for the beach access management policy was currently in its final stages before going to Cabinet. "It speaks to ... creating greater access to the public, and, of course, it obviously proposes a number of strategies allowing for greater collaboration among government agencies that own beaches to upgrade them."

The Ministry of Tourism and its agencies have been implementing a beach programme to upgrade properties across the island in a push to provide greater access to the public. Last week, Tourism Minister Edmund Bartlett explained that the Tourism Enhancement Fund (TEF) has committed to renovating one beach per parish that will offer superior experiences.

However, Cooper believes that the TEF's scope should be widened."That is totally inadequate. How many beaches do the hotels on the north coast control? There are many more beaches than one per parish owned or controlled by the hotels, so we need to look at that," she argued.