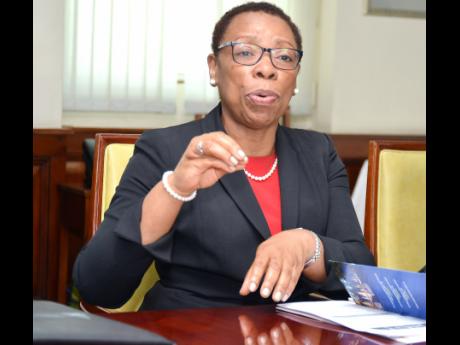 Foreigners operating businesses in Jamaica who are non-English speakers but whose company information will be needed by the Statistical Institute of Jamaica (STATIN) for the business establishment survey have been urged to participate and not let language be a barrier.

STATIN is currently undertaking a survey of businesses in major urban and semi-urban centres across the island, and officials from the agency who were guests at a Gleaner Editors' Forum last week say that the data being collected is not aimed at targeting any specific ethnic groups operating in Jamaica, but their business information was necessary for statistical purposes.

Participation is mandatory, but the agency said it was also using moral suasion.

"Under the Statistics Act, it (participation) is mandatory. STATIN, however, prefers to use moral suasion because what you want from the information is the correct information. If you are forcing someone, the probability is that you might not get that, so we tend to use moral suasion," said Carol Coy, director general of STATIN.

In the case of the Chinese, she said that there may be some difficulties but that that group was currently participating in other surveys being undertaken by the body.

"And there are some areas where we know we might have issues, and we try to let them go through their benevolent association. We are trying to set up a meeting now with the Chinese to try and get the engagement of Chinese nationals in surveys such as this," she explained.

Leesha Delatie-Budhair, deputy director general of STATIN, told the forum that the survey was not aimed at targeting non-national business operators.

Chinese, Indians, and Arabs operate in some of Jamaica's town centres.

"The mode of the data collection is personal interviews. Interviewers are the ones asking the questions and completing with the responses given. But we are also geo-referencing the location of the businesses to make sure they actually went to the location. And there are other field verification techniques that we undertake to ensure that the interviewers are actually going there and collecting the data," Delatie-Budhair explained.