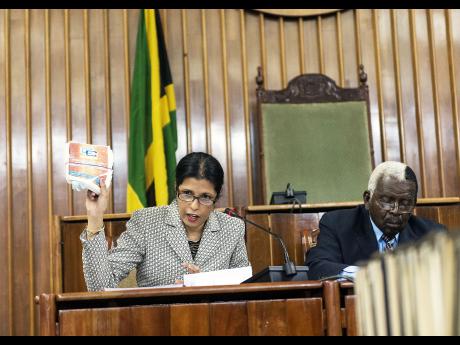 The Caribbean Community (CARICOM) Secretariat is implementing a results-based management (RBM) system to arrest the long-standing "implementation deficit disorder" that has plagued the efficiency of the organisation and its agencies.

The RBM system is a framework that guides the execution of a programme through sustained monitoring, reporting, and accountability, and the CARICOM Secretariat will employ the system for its strategic plans.

"CARICOM itself is not going to be able to do anything.We are part of it. CARICOM is us, and, yes, we are developing an RBM system. We're having meetings because again, it's not something out there developing by itself. We need everybody on board," urged Dr Manorma Soeknandan, deputy secretary general of the CARICOM Secretariat.

She was addressing a CARICOM RBM system seminar held at the Ministry of Foreign Affairs and Foreign Trade yesterday. A CARICOM team has been leading sensitisation sessions since Tuesday with Government officials, parliamentarians, and other relevant stakeholders.

The project costs US$600,000 (J$81 million), with funding provided by the Caribbean Development Bank.

According to the deputy secretary general, the secretariat hopes to finalise the first phase by December and produce its first report by March 2019.

Evon Green, vice-president of RBM and disaster risk management at Baastel in Canada, serves as project consultant, and he said that the RBM facilitates deeper performance evaluation.

He asserted: "It's a shift away from thinking about and monitoring and reporting on what was done to thinking about what has changed. RBM came from 25-odd years ago, from the fact that so much international development partner funding had been provided to so many countries and organisations and the number one reported indicator in the world was the number of people trained."

The CARICOM Strategic Plan 2015-2019 has eight priorities, including building economic and environmental resilience, strengthening the CARICOM identity and spirit of community, and community governance, among others.