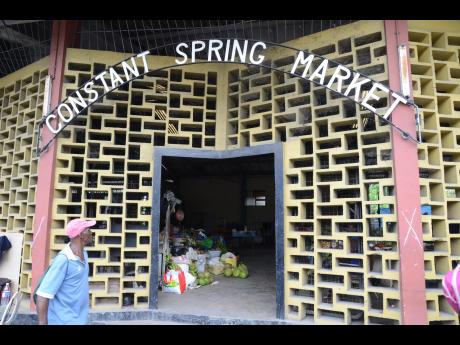 Bert Samuels, attorney representing vendors at the Constant Spring Market, has expressed satisfaction over the issuing of notification by the Kingston and St Andrew Municipal Corporation (KSAMC) for them to vacate the facility.

The formal notice received on Thursday asked the vendors to vacate the market to facilitate road improvement along the Constant Spring Road.

Samuels told The Gleaner yesterday that going forward, he is expecting to have further discussions with the KSAMC to arrive at a solution that will benefit both the vendors and the greater good of the country.

For the public good

"For the first time, the KSAMC issued a formal notice to the vendors. Part of our complaints before was that there was no written notice given to the vendors, and, hence, the uncertainty [about] vending would be of concern," he said.

"We are happy to see that there is now compliance with a formal notice by law," said Samuels. "However, we are aware that the issue of the road to be widened is one that cannot be reversed. It is for the public good, but we are saying, similarly, that the provision and the services given by the vendors to the community are of equal public good," Samuels continued.

He added, "Therefore, we think there is an obligation for the State to provide alternative accommodation for the market. We are hoping we can sit at the negotiating table to find out what other location suitable for both sides can be found. "

It is projected that the Government will spend $2.4 billion under the Major Infrastructure Development Programme to widen Constant Spring Road to include space that the market currently occupies. This was met with serious concerns by the vendors, who noted that the development would severely affect their livelihood.