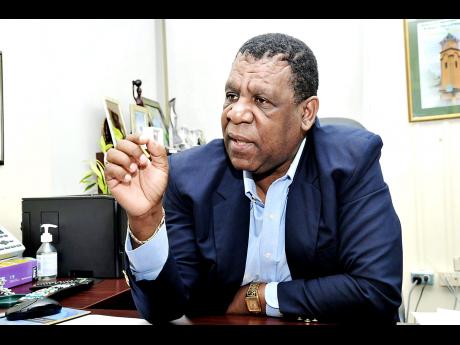 While the apprehension of wanted criminals and the seizure of illegal firearms are the primary targets at the police-military check-points leading in to St James, which is under a public state of emergency (SOE), the security forces are reporting that they are finding more ganja than guns.

"While we have seized a few guns, what we are seizing in abundance is ganja coming in from places like St Elizabeth," said an officer, who is assigned to one of the checkpoints. "It seems like the Montpelier main road is one of the main routes that is used to traffic ganja from St Elizabeth to St James."

According to the lawman, many of the persons held with ganja were persons travelling on public passenger vehicles. He said that several market vendors, farmers, and higglers were among the persons arrested and charged for ganja possession and trafficking.

Assistant Commissioner of Police Ealan Powell, the Jamaica Constabulary Force's commanding officer for the state of emergency in St James, said that the police were well aware of the situation and were taking the necessary steps to identify and arrest offenders.

Powell continued: "Our aim is to continue to ensure that we get the best results ... there is very good collaboration across the borders, especially with the St Elizabeth police. We have used the collaboration to strengthen our policing efforts."

In an incident last week, 22-year-old Justin Johnson, a St Elizabeth-based customer service representative, was held with a bag containing approximately one pound of ganja when the bus in which he was travelling was stopped at the Montpellier checkpoint. He was arrested and charged with possession of and dealing in ganja.