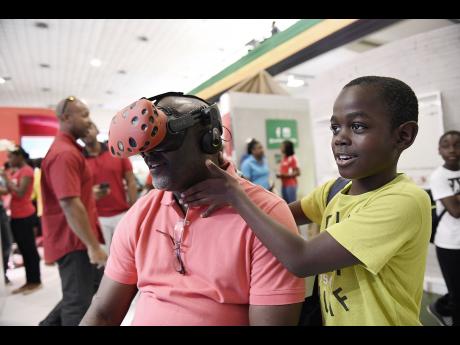 Gladstone Taylor
We had this simple idea that if we could get parents to play more with their children, it would help the childrens brain to develop and they would catch up to their more fortunate peers" - Dr Christine Powell, a retired senior lecturer who was a part of the research team. 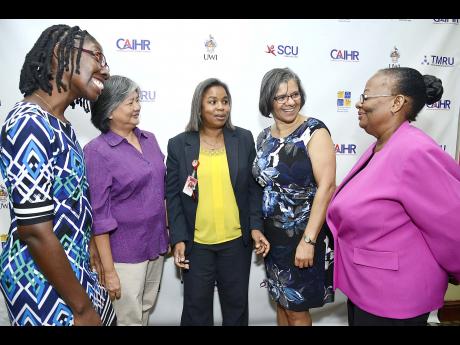 Just a simple thing as playing with your child a few hours a day could result in him/her having a higher IQ, better mental health, high self esteem, greater academic output and even a better salary as an adult.

This is according to a 30-year study of Jamaican children, which was conducted by a team from the University of the West Indies' Caribbean Institute for Health Research (CAIHR) - formerly the Tropical Medicine Research Institute.

The ground breaking decades long study assessed the lives of 127 children living in poor neighbourhoods in Kingston from as young as nine months old until they were age 32 years. The study - The Jamaica Home Visit Intervention: 30-Year Study of the Impact of Early Intervention on Adult Ability and Success - began in the mid 1980's and the findings were disseminated yesterday at the UWI Regional Headquarters.

"We had this simple idea that if we could get parents to play more with their children, it would help the children's brain to develop and they would catch up to their more fortunate peers. We went into all the poor neighbourhoods in Kingston; we did a house-to-house survey looking for babies who were malnourished and who were at risk for poor development," said Dr Christine Powell, a retired senior lecturer who was a part of the research team.

Community health aides were trained to go into the homes one day per week and parents were taught during each session how to use books and toys to promote the cognitive and emotional development of their children.

"There were very very few play materials in the homes and it was very unusual to actually go to a home and see the mother or an adult caregiver actually playing with the child," noted director of the CAIHR, Professor Susan Walker.

"The children who were visited who got the play lessons, they have done consistently well over the years. Twenty years later, we found that the group that received the stimulation were earning 25 per cent more than the group that did not get stimulation," concluded Powell.

At the time of the study, Jamaica had a very high level of poverty and there was a relatively high incidence of childhood stunting and low birth weight due to poor nutrition.

The study was initially intended to be for two years, but with funding from the World Bank, the research team was able to conduct a critical follow-up evaluation of participants.

"These analyses conducted at the median age of 22 years and then later at age 32, show the outstanding outcomes in IQ benefits, reduced violent behaviour and improved welfare and economic earnings," said Professor Walker.