We are being squeezed out of existence, lament small businesses 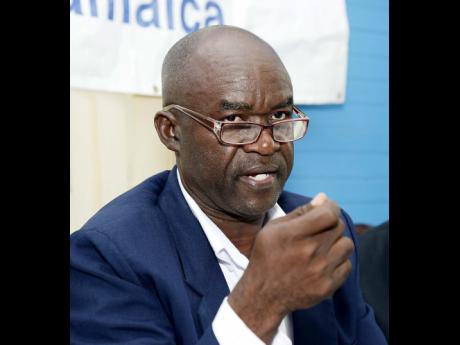 The Small Business Association of Jamaica (SBAJ) is calling for urgent intervention from the Government as it says that members are "being squeezed out of existence".

It says that small businesses are in an adverse economic position due to high banking fees, increasing fuel prices, and the negative impact of the continuous devaluation of the Jamaican dollar.

"We, the small operators in the economy, are being squeezed out of existence, and Government is there to protect the weak from the mighty, and for that reason, we are calling on Government to intervene," said Hugh Johnson, president of the SBAJ, as he addressed a press briefing at the group's headquarters yesterday.

"The rapid slide in the Jamaican dollar has resulted in a more than crippling effect on our small-business operators. Over the last three months, we have carefully tracked the movement of the dollar by some 10 per cent. This impacts their planning and operations."

Johnson is urging the Government to help the 3,500-strong group stabilise their operations.

Meanwhile, on Wednesday, Brian Wynter, governor of the Bank of Jamaica (BOJ), rebuffed the assertion that the central bank is deliberately devaluing the dollar in an effort to increase the inflation rate.

He argued: "It is absolutely not true, and it takes you down a wrong path if you believe that's what we are actually doing. We are not doing that."

The inflation target of four to six per cent for April 2018 was not met, but the BOJ is projecting that inflation for the September to December quarter should remain close to 3.5 per cent.

Johnson said that the SBAJ plans to intensify its lobbying efforts and noted that the group has reached out to the Ministry of Finance and the Public Service.

"We have engaged the ministry, and we are not pleased with the level of result that we are getting. I think the last interaction we have had with the Ministry of Finance was a little over a month now," the SBAJ president stated.