Douglas dead at 81 - Tributes flow for a ‘passionate public servant’ 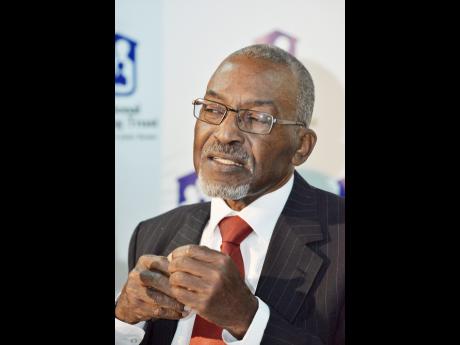 "He was just a decent Jamaican," said Nadine Lewis yesterday in Nannyville Gardens as she responded to her friend Dawn Campbell, who had reacted to the news of the death of their former Member of Parliament Easton Douglas by describing him as "a decent politician".

Douglas, a former government minister and veteran public servant, died at his St Andrew home yesterday after a long battle with cancer. He was 81.

"Easton Douglas has etched his place in the history of Jamaica. His legacy is one of sacrifice, dedication and service to the development of Jamaica and its people. He was most passionate about infrastructure development, particularly town planning. Indeed, he served the people of Jamaica well," said Holness.

"Despite our political differences, Easton's passion to see the development of Jamaica always stood out as one of his most endearing traits. As a passionate public servant, he deserves the highest commendations for his years of service and sterling commitment to see Jamaica grow," added Holness.

According to Simpson Miller, Douglas' contribution to Jamaica's development, particularly in the areas of infrastructure, physical and urban planning, and housing, could be equalled, but never surpassed.

"When it came to housing for the poor, he was diligent, articulate, and passionate, and he always found a way to advance the interests of those who were landless by the reality of history," said Simpson Miller.

The former president of the People's National Party (PNP) said Douglas' contribution to government and party were simply brilliant because of the commitment and the principles he brought to his duties.

For Opposition Leader Dr Peter Phillips, the country and the PNP are poorer with the passing of a "giant in the process of nation-building, a man who was a champion of patriotism and epitomised the true spirit of Jamaican nationhood".

"I extend my deepest sympathy to his family, especially to his daughter Kari, who serves as a councillor in the Kingston and St Andrew Municipal Corporation for the Trafalgar Division in St Andrew South East, once represented by him."