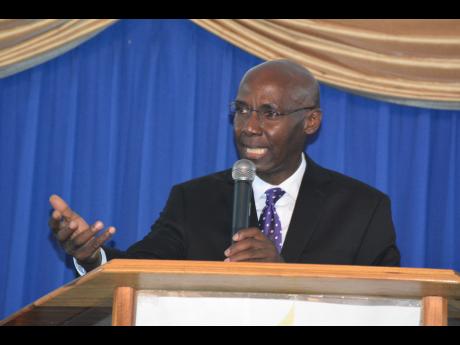 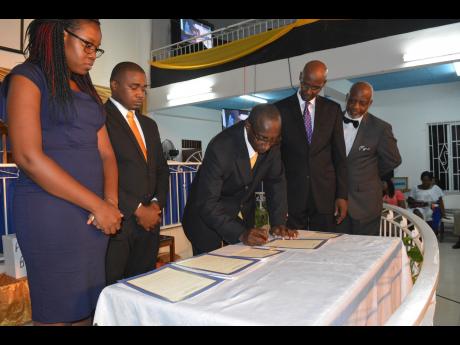 With Jamaicans across the island questioning how a man with a deadly criminal past was allowed to become a Seventh-day Adventist (SDA) deacon, the leadership of the church has declared that it will not be daunted in its mission by the past failures of some of its members.

Pastor Everett Brown, president of the SDA Church in Jamaica, said during an installation ceremony for Adventist leaders over the weekend that the Church "must not give up on the people who are in need of healing and salvation".

"We must not shrink back ... because some of our leaders and members have failed God and the Church. The Church today is not perfect, but one day, the Church militant will become the spotless bride of Christ," said Brown as he addressed the newly installed leaders of the SDA North East Jamaica at the Port Maria Seventh-Day Adventist Church in St Mary.

"Let us not allow our failures in the past or the unwarranted criticism being levied at the Church sidetrack us and cause us to lose our focus and dilute our message and thwart the mission," he added.

Though he did not make direct reference to last week's events, Brown's comments were coming on the heels of the suspected suicide of 59-year-old Adventist deacon Linton Stephenson, of Mandeville, Manchester, who was being sought in connection with the recent murder of 25-year-old Khyhymn Campbell. Campbell's body was found stuffed in an Igloo and left on the back seat of a motor vehicle late last month.

"In our pursuit of mission, we accept our responsibility to care for the sick, the poor, the socially disadvantaged, and the vulnerable in society. You are installed to empower and lead a church to achieve a mission when the abuse of women and children is rising. [You] are called to make a difference. Our goal is to lead everyone, barring none, to Jesus," Brown said yesterday.

It is believed that Stephenson, who was also known as 'Jaw Bone', murdered Campbell at his Bloomfield Street home in Manchester on August 28. Her body, with the throat slashed, was found in the abandoned car along the Marshal's Pen main road in the parish.

Stephenson was on parole following his release from prison for killing a woman in St Mary previously. He was also wanted for illegal possession of firearm.

He was found dead at his Manchester home last Friday. Lawmen suspect the deacon of committing suicide by drinking a toxic substance.

Just a day earlier, Brown had condemned the murder and appealed to Stephenson to turn himself in.