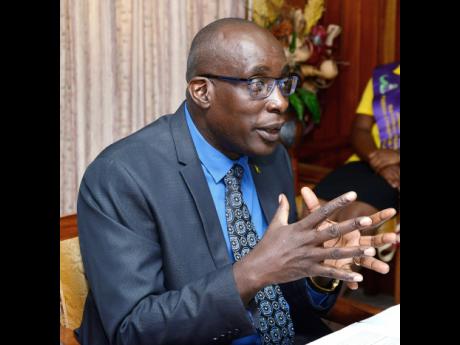 THE MINISTRY of Education is seeking to find 11 of the more than 30 students who were barred from entering fifth form at Calabar High School in St Andrew at the start of the new school year.

The students were denied places in Calabar after they failed to attain averages of 60 per cent or above despite interventions from the leadership of the school.

Education Minister Ruel Reid, who had disagreed with the action of the school and ordered the boys reinstated, provided an update during yesterday's post-Cabinet media briefing at Jamaica House.

According to Reid, parents of the affected students and officials of the Education Ministry met on Tuesday. At the meeting, five parents reported that they had already sought alternative placements, one child reportedly has migrated, eight had been previously reinstated, and eight parents requested help from the ministry to find alternative placements for their children as they wanted a new environment for them.

As it relates to the 11 remaining students, Reid said he has asked the regional director to find them so they can be enrolled in other programmes, such as the Career Advancement Programme.

Reid told the media briefing that a customised intervention programme would be developed and implemented at Calabar.

"We will work with Calabar to make sure they properly calibrate ... a customised intervention programme to look at the factors that would have impacted their performance," said Reid.

He urged school authorities to make contact with the Education Ministry when they have difficulties with students so that customised solutions can be developed and implemented for each school.