Growing rift between US, Ja - Gov'ts at stalemate over intelligence-sharing MOU 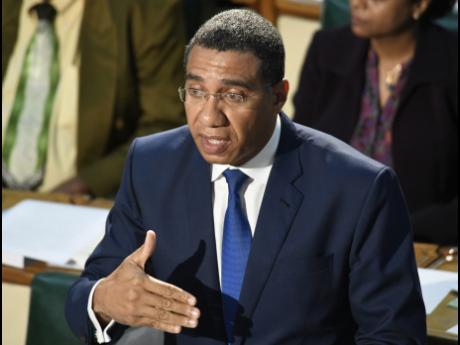 There are increasingly loud whispers in diplomatic circles about a growing rift between the governments of Jamaica and the United States (US) over the terms of a proposed updated intelligence-sharing memorandum of understanding (MOU) between the two countries.

Gleaner sources say the two governments have been in talks for some time, but have been unable to find common ground.

According to sources, the Andrew Holness administration is balking at some of the requests of the US government, and has indicated that it has questions about the constitutionality of some of the demands of the Americans.

But with Jamaica remaining a major source of drugs going into the US, plus the damaging lottery scam, where Jamaicans have bilked millions of dollars from unsuspecting Americans, the US is demanding carte blanche access to suspected scammers and drug dealers.

To compound the matter, the Americans are reportedly concerned about the increasingly warm relationship between Jamaica and Israel amid allegations that the Israelis are in the island looking to provide guidance to improve the intelligence-gathering operations of Jamaica's security forces.

"Right now, there is a stalemate but Jamaica has to sign intelligence-sharing MOUs with the US, the United Kingdom and Canada, so the parties are trying to find common ground, but the Americans are not appearing to want to budge on their demands," said a Gleaner source.

There has been no official word from the Government on the imbroglio, and sources say the ministries of national security, justice, and foreign affairs are all involved in the discussion which is being led by the Office of the Prime Minister.

The intelligence-sharing MOUs first came to public attention in 2011 during the Manatt-Dudus commission of enquiry.

At that time, the nation learnt that the MOUs had been signed by then national security minister Dr Peter Phillips, who argued that they were not presented to the Cabinet because he did not need the approval of that body.

Phillips defended his decision to sign the MOUs in 2004 and told the commission that they were not establishing or changing any government policies and did "not substitute for, in any way, shape or form, the responsibilities of the courts."

The sources say with the changes now being demanded by the Americans, the role of the Jamaican court would be reduced raising constitutional questions that could be the subject of legal challenges.