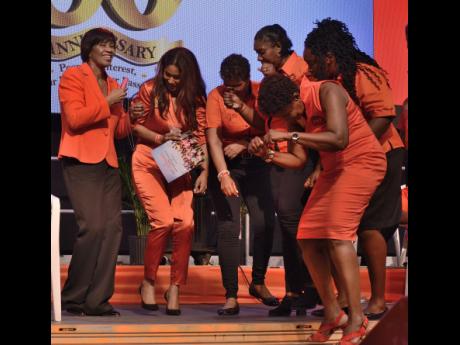 Ian Allen
Portia Simspon Miller(left), former president of the People's National Party (PNP), and Lisa Hanna (second left) are joined by Patricia Sutherland (third left) and Denise Daley (right) along with other supporters as they dance up a storm yesterday at the party's 80th Annual Conference at the National Arena in Kingston. 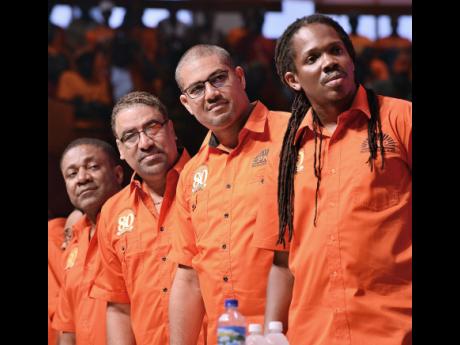 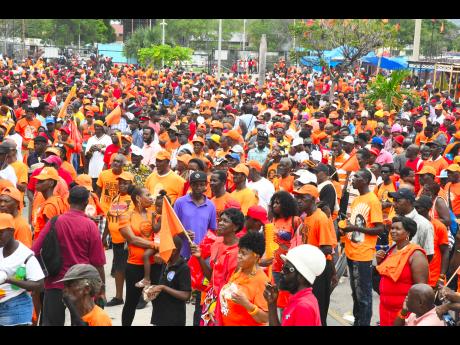 File
A large turnout of PNP supporters gather on the outside at the National Arena for the PNP's 80th anniversary conference in St Andrew yesterday.
1
2
3

"Our great party has stood the test of time, weathered many storms. We have fought the good fight and have remained undisputed champions of the bedrock of hope and progress for the Jamaican people," said the still-popular Simpson Miller as she took the microphone at 12:36 p.m.

Describing the PNP as "sweet caan done", she said the party has been tireless in its dedication to service and community building. The former president said the PNP has supported the education and creative expression of our people as pathways to liberation.

The party, she said, has always shown remarkable courage in doing what's right for the majority of the country.

"We have stood firm. We have stayed focus. And we remain always thoughtful in our quest to build a better Jamaica. Comrades, the mission is not yet accomplished. The sacrifices are many, but we must remain steadfast to make sure those sacrifices are not in vain ... " she told the comrades.

According to Simpson Miller, the economic gains of the country today were because of the leadership of the PNP and the tremendous sacrifices by the people, which rescued the country from total collapse.

Simpson Miller's regime with Dr Peter Phillips as finance minister has largely been credited for setting the platform for the economic gains made by the country in recent times. She urged Comrades not to be daunted by so much of what is going on in the country as the PNP would soon be returned to power.

She closed by reminding the party's current leader that she was "just a phone call away".