Criminals, beware! - PM targets reducing murders to fewer than 1,000 as he declares third state of emergency 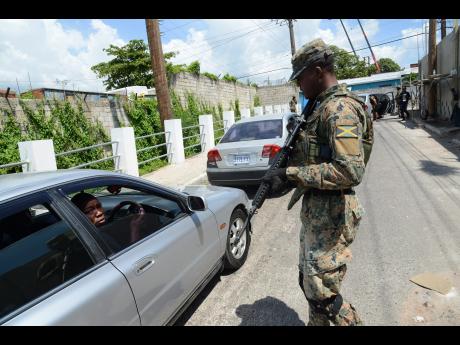 File
Members of the Jamaica Defence Force and the Jamaica Constabulary Force carry out a spot check on Greenwich Road in Kingston yesterday. 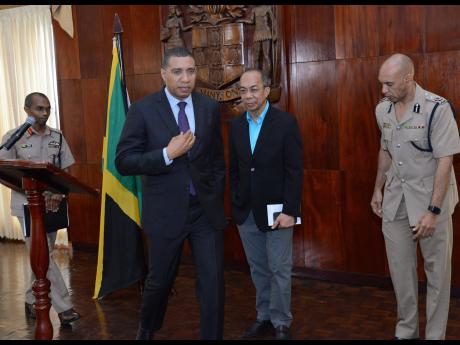 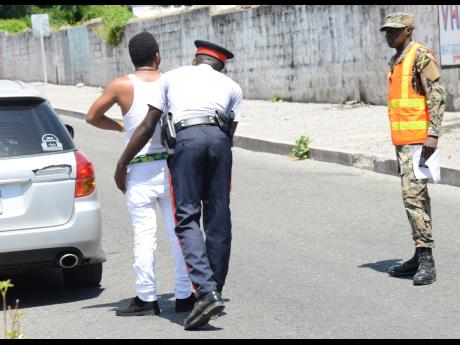 Rudolph Brown
Members of the Jamaica Defence Force and the Jamaica Constabulary Force carry out a spot check on Greenwich Road in Kingston yesterday.
1
2
3

Prime Minister Andrew Holness has vowed that the Government will use every legal tool at its disposal to erode the capacity of criminals to spread mayhem across the island.

Addressing a hastily called press conference at Jamaica House yesterday to announce a state of emergency in sections of the Corporate Area, Holness said that this is just one measure his administration will use in the fight against crime.

"The SOE (state of emergency) is but one tool that is forward facing that the public sees, but there are other things that the Government is doing that are already bearing fruit," said Holness.

Among the other tools pointed to by Holness was increasing the investigative capacity of the police to ensure that when cases are taken before the courts, there is the evidence to support them.

"And, indeed, we are seeing the effect of this - that when persons are brought before the court with solid cases, the intention is that they are kept in law enforcement and the justice system for the penalty they deserve," added Holness.

He argued that the decline in major crimes recorded across the island since the start of the year was taking place not only in the three areas that were under states of emergency.

According to Holness, the intention of the Government is to get the murder figure to below 1,000, creating psychological impact. More than 1,600 persons were murdered in the island last year.

"Once we get to that point, we start to get Jamaicans believing that 1,000 murders is not normal - 1,000 is actually abnormal - then we can have the public support necessary, (and) we can start to have the information flow necessary to support the work that we are doing.

"I believe that with all law-abiding citizens and the police force working together, we can make Jamaica safe, peaceful, and the paradise we all know it should be," added Holness.

He noted that the latest state of emergency, following ones already in place in St James and the St Catherine North Police Division, will be in effect for an initial 14 days and will cover sections of the Kingston Central, Kingston Western, and St Andrew South police divisions.

"The Government considers it necessary to use the extraordinary powers provided for within the state of public emergency to address long-standing crime and public-order issues, which have threatened lives, indeed, taken lives, curtailed business, undermined the rule of law, and deprived citizens of their general right to live peacefully and enjoy a good quality of life," added Holness.