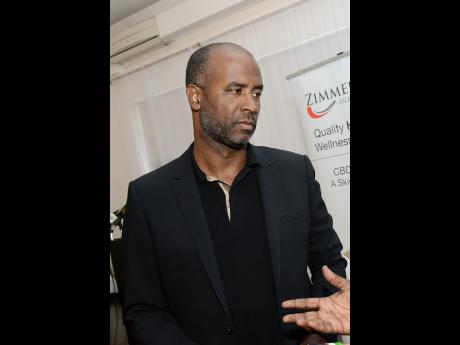 Douglas Gordon, founder-organiser of CanEx Business Conference and Expo, is urging the Government to push forward with the development of the medical cannabis industry as it has the potential to return mobility to Jamaica's ageing population.

Gordon was speaking at Thursday's opening session of the CanEx Business Conference and Expo's third annual staging at the Montego Bay Convention Centre in St James.

"It's going to help so many people have a much-improved quality of life," said Gordon, in speaking to the virtues of medical marijuana. "Medical cannabis has been shown to have helped several people with arthritis. People have found incredible relief from using medical cannabis to heal their joint pains, skin rash, and other ailments."

Jamaica's population of 2.7 million has been ageing rapidly. Approximately 65.4 per cent of the country's senior citizens are said to be suffering from ailments such as diabetes and hypertension (high blood pressure), among other issues associated with old age. Jamaica's situation is somewhat similar to the global statistics.

ADD QUALITY TO THEIR LIFE

"The reality of it is, you want people to have and maximise their wellness, and so what this is doing is promoting homoeostasis in your body that will treat with the cuts and bruises that come along with ageing," explained Gordon. "It helps with anxiety, anti-stress, all the things that bring you back to that place where you can be most productive and effective, and it's incredibly effective in treating those situations."

He continued, "I think of some of the elderly population [when] they wake up and they are not able to run and play with their grandkids the way they would like to because their bones are a little bit aching, and then the medical fraternity prescribed medication that will treat this one thing and then we end up having to treat this other thing. They then have this whole entourage of medicine."

Gordon noted that there were numerous persons across the globe who could be helped by cannabis to improve their capacity to reclaim aspects of their youth.

"I think of that whole universe of people that now can be helped by medicine (medical cannabis) that allows them to add quality to their life. It's not some radical treatment that they require. It's just an opportunity to really participate in life fully," he said.

"It's nuts when I think of not just the extreme cases, but of folks who suffer from epilepsy and you see the dramatic impact [it brings to] them in real time. I look at some people, and they have 20, 30 medicines that they have to remember to take it. What we have here (Jamaica cannabis industry) is the opportunity to develop something and work on an industry in the right way."