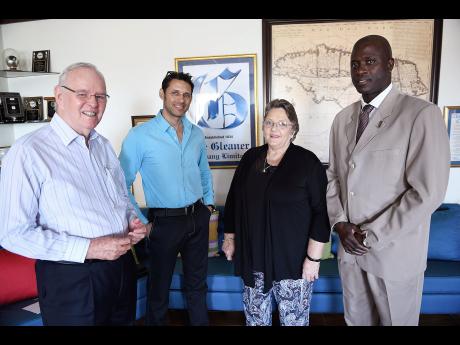 A nine-year-old girl who was being sexually abused by her father was saved from his clutches after she made a phone call to Crime Stop.

Prudence Gentles, manager of the National Crime Prevention Fund, said that the little girl called Crime Stop after being turned away by others who labelled her as being troublesome.

"Last year, just after we had a show on child abuse, we had a little girl call us and say that she saw the Crime Stop show and that she wanted us to help her," said Gentles, who was a guest at a Gleaner Editors' Forum last Thursday.

"She went to a teacher and the guidance counsellor at her school, but because she was seen as a troublemaker at school, they didn't want to believe her.

"But that (the sexual abuse) was the reason why she was a troublemaker. She didn't want to live that kind of life," added Gentles.

She said that Crime Stop, discreetly as usual, referred the information to the authorities, and the child was removed from the home. She is now in state care. Her father was arrested and charged.

According to Gentles, the example is one of many that demonstrate the relevance of Crime Stop in Jamaica 29 years after it was launched.

Gentles declined to name the community from which the girl had called but noted that almost all of the calls to Crime Stop are from inner-city communities, including those in which there have been zones of special operation.

"This is not to say," she stressed, "that persons from 'uptown' don't possess information that could be vital to criminal investigations.

"The people who are in charge of all those criminals downtown live uptown, and people uptown know and they keep quiet. They just sit on their verandas and don't say anything," she argued.

Gentles said that only recently did the police clear up a homicide featured on a Crime Stop's Crime of the Month show. They nabbed the last and main suspect in the murder.

According to Gentles, over the years, Crime Stop has expanded its focus outside of homicides, and has been getting many calls relating to incidents of drugs, scamming, and praedial larceny, which is increasingly growing.

The private sector-funded initiative has paid out more than $5.7 million so far this year, which far surpasses the $2.4 million in reward in paid out for 2017.

Calls to Crime Stop have also aided in the seizure of 46 illegal firearms so far this year, which is 22 more than last year.