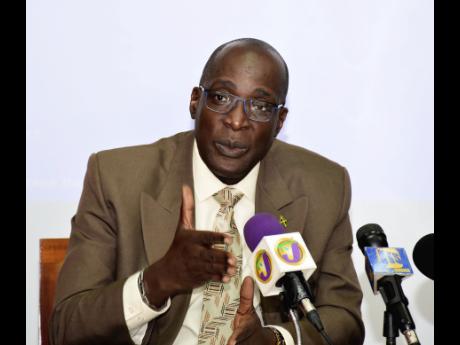 The decision by the education ministry to push back the Performance Task component of the Primary Exit Profile (PEP) examination until March 2019 is being praised by both parents and teachers. It was originally scheduled to be done in December.

Lennon Richards, president of the National Parent-Teacher Association of Jamaica (NPTAJ), is also lauding the ministry for implementing a PEP website. He said that this would place parents in a better position to inform themselves and to prepare their children for the exam.

Richards said that he believed that all the stakeholders would now have adequate time and resources to prepare.

"If you get an extended time to prepare for an exam, then certainly, it is welcoming. I am very happy that the ministry listened to the stakeholders," he said.

"Some of the concerns were that the children were not ready. However, some fears would have been allayed. There is also a website that parents can now turn to for information about PEP."

Education Minister Ruel Reid, who made the announcement at a press conference at the ministry's offices yesterday, said that the pushback was necessary based on concerns that were raised by the Jamaica Teachers' Association (JTA) earlier this week.

"Based on consultations the JTA had with their teachers, and arising from where they are and their comfort level, they have asked us to make some adjustments to the examination schedule, which we have agreed to. So as of now, I am officially advising the country that we are now changing the schedule."

The minister continued: "We have to listen to the stakeholders, and they had raised some concerns with us. We looked at all the issues, and they have asked for a little adjustment. We can't operate arrogantly as a ministry because we indicated a particular schedule. If the stakeholders didn't ask, and they were comfortable with the schedule, we would have continued as is."

Meanwhile, the Ability Test component of the PEP will be conducted in February 2019 as scheduled.

In addition, the Curriculum-Based Test, which will be done in April 2019, will be held as scheduled.