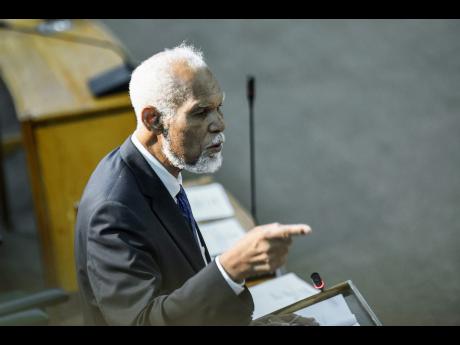 Some fisherfolk will end up in prison because they are unable to afford the "unreasonable" fines included in the revised Fisheries Act passed by the Senate yesterday, one opposition senator has warned.

Among other things, the revised legislation makes it mandatory for all persons fishing in Jamaican waters to have a valid licence issued by the relevant authority.

Persons fishing in a pond situated on a single private property and persons fishing with a line from the seashore have been exempted from obtaining a licence.

Under the legislation, fisherfolk can be fined a maximum of $10,000 for failing to produce the licence while they are fishing. It also provides a maximum fine of $50,000 for failure to report a fishing vessel that is lost or no longer seaworthy. It also imposes a fine for failing to stow fishing gear in a prescribed manner or for leaving decayed or dying fish in any net or other fishing equipment.

Veteran Senator K.D. Knight, speaking during the debate on the bill, said that while fisherfolk are expected to abide by the law, "there are some who are going to break the law, sometimes unwittingly.

"The little fisherman is affected, enuh. Ten thousand dollars might represent, for him, four trips at sea. Four trips," he emphasised, calling the penalty disproportionate.

Knight questioned, too, the move to penalise fisherfolk for failing to report a vessel that had fallen into disrepair.

Government Senator Kamina Johnson Smith, who piloted the bill, disclosed that this was another layer of security for law-enforcement authorities.

The revised legislation also mandates the establishment of a tribunal that will be responsible for, among other things, hearing appeals from persons who are refused a fishing licence.