Be careful of overreacting to tremors, warns expert 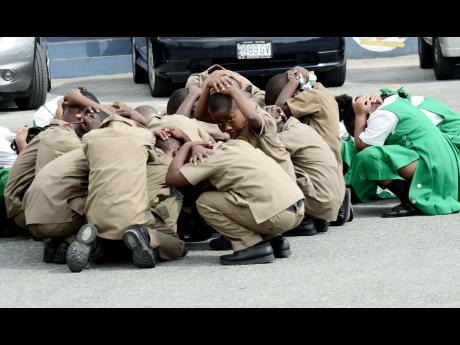 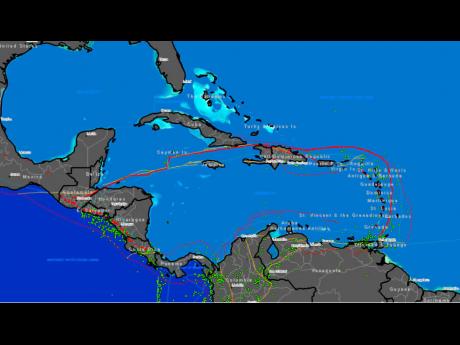 Contributed
A chart showing the number of earthquakes recorded across the Caribbean basin over a extended period of years, and the fault lines that causes them.
1
2

Head of the Mona GeoInformatics Institute of the University of the West Indies (UWI), Dr Parris Lyew-Ayee Jr, is warning against an overreaction to the recent tremors felt across Jamaica.

He pointing out that Jamaica records hundreds of 'minor quakes' per year, and that the best response must be in adherence to the building code and proper dissemination of information.

"The 3.2 event happened yesterday (Sunday), but it was not significant, which is why it's called a tremor. It's the orders of magnitude below a four, which is the order of magnitudes below a five, and it's when you are at five that we should start to worry," he told The Gleaner.

Lyew-Ayee said that it was vitally important for the construction industry to adhere to the established national building code to mitigate the challenges that may arise in the advent of a major earthquake.

"The best response to these events [however small] is to make sure constructions are within the guidelines of the building code and that proper information is disseminated to the public for them to understand," he stated.

Sunday's was the latest in a series of tremors felt across the country. On September 3, the Earthquake Unit at the UWI reported a 5.2 tremor just off the coast of Negril in Westmoreland. That quake had a focal depth of 13 kilometres at sea and was reportedly felt in parts of Kingston and St Andrew.

On September 16, residents in the central and eastern sections of the island reported an earthquake. The Earthquake Unit confirmed a 4.6 magnitude earthquake, with its epicentre located 4km east of Angels in St Catherine. Reports from the unit said that the impact was felt in St Catherine, Kingston and St Andrew.

Jamaica sits near the edge of the Caribbean and the North American geological plates, which grind against each other, constantly causing tremors of varying magnitude.

"The good thing is that what we are experiencing are normal pressure releases in the earth's tectonic system, and that's a very good thing. What we should be concerned about is if there were no release, as that will be the cause of the big one, on the scale of the 6.5 earthquake that destroyed Kingston in 1907, and, of course, the Port Royal event in 1692," Lyew-Ayee stated.