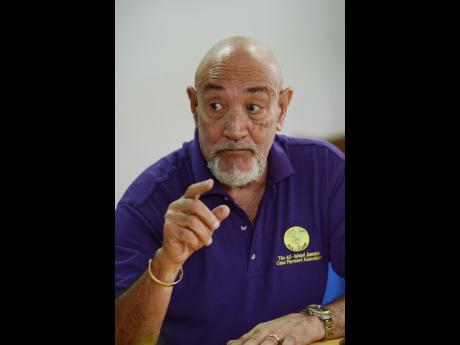 Chairman of the All-Island Jamaica Cane Farmers Association (AIJCFA), Allan Rickards, has welcomed news that the long-overdue rationalisation plan for traditional sugar lands is now with Minister of Industry, Commerce, Agriculture and Fisheries Audley Shaw, hailing it as a necessary step in the right direction.

"I honest to God agree with and embrace a plan for the optimal use of the land available for agriculture, earmarking certain lands as required for the sugar cane industry. It is a good idea to look at ways in which the present so-called pillars of the sector - mainly cane, coffee, cocoa, citrus, banana - can be resuscitated, and we can work into the matrix other crops which are suggesting themselves and being suggested by private-sector entities," Rickards told The Gleaner yesterday.

He was responding to the earlier announcement by Shaw that the rationalisation plan, which was on his desk, would be a game-changer.

CALL A SPADE A SPADE

"I don't want the sugar people to be nervous when I say this, but we'll never go back into production using all of our lands for sugar again. Never, it's not gonna happen,'" the portfolio minister told the opening session of the two-day Employee Engagement Conference 2018 being held at the Jamaica Conference Centre in Kingston.

"So let's just call a spade a spade and get ready for land use other than sugar," Shaw told the conference being hosted by the Jamaica Business Development Corporation. "Yes, we'll rationalise sugar, make it more efficient on smaller acreages. We're not trying to bounce the people who are in sugar out of it. We are rationalising you and we gonna make you more efficient but we gonna make lands available for so many other things than I can mention today."

Following a series of meetings between Shaw and various stakeholder groups, Rickards said he was satisfied that things would proceed along a structured two-pronged approach based on "what we would wish of the Government and what it is that we have to do".

The AIJCFA chairman continued: "How we do it - in a coordinated way instead of having piecemeal announcements which leave people free to speculate about what (crop) is replacing what or what is not - is the way to go. He said it is going to be done and we will be part of doing it. We wholeheartedly approve the optimising of the land available, in the manner described."