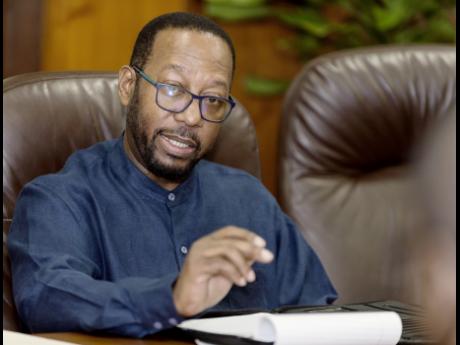 Since taking shape in August 2012, the University of the West Indies Community Film Project (UWICFP) has graduated more than 300 persons islandwide, 70 per cent of whom have gone on to find work in their area of training or otherwise.

Professor Ian Boxill, deputy principal of the UWI, Mona campus, and UWICFP director, who described the project as a resounding success, noted that the university has spent more than $100 million to date working in the various communities.

Initiated in August Town by the Centre for Tourism and Policy Research, along with the UWI Township and Mona Social Services, UWICFP is a film-making and video-production initiative that encourages at-risk youth to get directly involved with innovative storytelling and film-making around important community and national issues.

The project has expanded into other communities such as Mona Commons, Trench Town, Jones Town, and Nannyville in St Andrew; Portland Cottage in Clarendon; and Canterbury, Norwood, and Flankers in Montego Bay, St James, to name a few.

"The project is a very structured programme, so we take persons who have certificates or none at all. It doesn't matter whether or not they are illiterate. If they are having trouble with math or English, we have persons who help them," Boxill said.

"The project employs two full-time social workers, a full-time psychologist, and we have some of the best film-makers in Jamaica working with them, teaching them basic skills, not only in terms of film, but media management, et cetera."

He added: "The impact of the project has been phenomenal. Most of those young men and women have gone on to do amazing things."

He noted that males accounted for roughly 70 per cent of the programme's numbers.

"Some of them now work for Television Jamaica, some work for Mello FM, while many of them help produce videos for Loop News," he added.

Boxill said the success of the project has caught the eye of other governments in the region and that he has met with persons in St Lucia and from the University of Guyana to discuss implementing a version of the project there.

He said that a version of the project was implemented in a community in Colombia but noted that it was not sustainable as they did not invest in the resources needed nor did they possess the organisational structure present at The UWI.

The next cohort of the UWICFP will come from the Standpipe community in St Andrew.