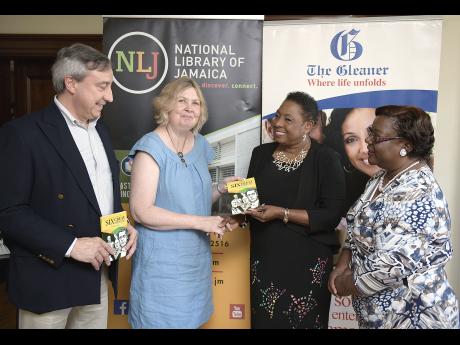 Almost 70 years after they were first celebrated in written word, six significant figures in Jamaica's history are once again being recognised for their invaluable contributions to the nation.

The six have impacted aspects of Jamaica's history, forming the nation's backbone through journalism, politics, literature, poetry, and religion.

Written by Adolphe Roberts, it contains a new introduction by Matthew Smith.

"One of the problems we have is that you hear of the national heroes but not much about the others, and it is publications like this that tell the history," Christine Randle of Ian Randle Publishers stated during the launch of the book's new edition at The Gleaner's North Street, Kingston, offices last Thursday.

"We (at Ian Randle Publishers) have publications on all the other national heroes of Jamaica, but we did not have any on George William Gordon, and now we can claim that we have a publication for him."

Olivia Grange, minister of culture, gender, entertainment, and sports, commenting on the invaluable roles of the 'Great Jamaicans', said: "Many young people may know one or two of these figures but do not understand their mammoth contributions, and we hope that this publication will go a far way in correcting that. We owe those who served and continue to serve a huge debt. We must honour those who have paved the way by being the great people we ought to be."

Simon Costa, the great-great-grandson of Archbishop Enos Nuttall, noted that he had heard talk of similar publications coming out in the future.

This was confirmed by Beverley Lashley, national librarian and chief executive officer of the National Library of Jamaica (NLJ), who stated: "There is hope of another publication of this sort to be released next year on the 40th anniversary of the NLJ."

Six Great Jamaicans: Biographical Sketches was first published in 1952 by The Gleaner's Pioneer Press and has been republished by the NLJ.

Copies of the book can be found at parish libraries.