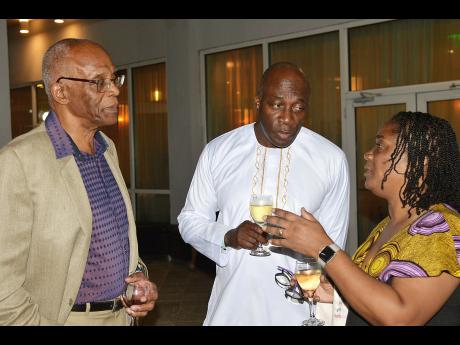 Chief Justice Bryan Sykes says he has seen encouraging signs that an investment of J$15 million to provide leadership training in the court system is beginning to bear fruit.

Sykes made the announcement during his keynote address at the Jamaican Bar Association's 45th annual Continuing Legal Education Conference on Saturday. The conference was held at the Hilton Rose Hall Resort in Montego Bay under the theme 'The 21st-century Lawyer: Technology, Compliance and Forensics'.

The chief justice, who was appointed in February, pointed out that the leadership training targeted various levels of court administration, including judges and registrars at both the Supreme Court and Parish Court levels, in order to promote a more effective justice system.

"The purpose of doing that is to begin to transform those who are in leadership positions in the courts to be able to have an efficient court system fit for the 21st century," Sykes added.

He told stakeholders in the justice sector that persons who receive training would be motivated to take control of their court responsibilities.

"When you empower persons and you have ideas come from them, and you give them the opportunity to develop and grow, you begin to get these kinds of results. All of this is without any increase in pay, no additional staff, and the same difficult working conditions, but the motivation now is that this is their job, their idea, their plan that they're going to see it through."